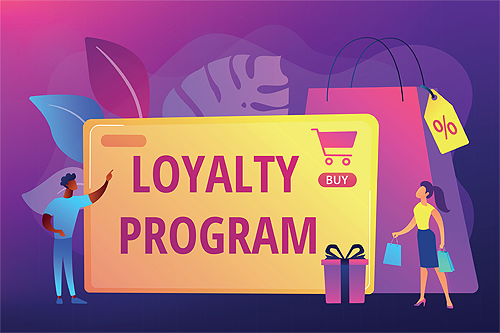 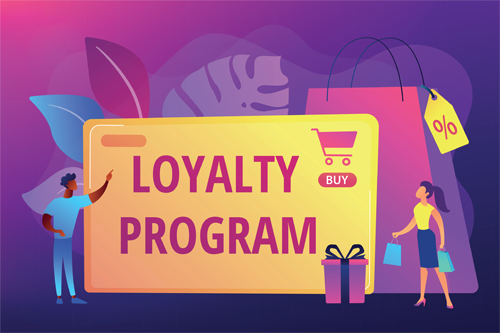 The global loyalty landscape at the start of 2021 looks significantly different to just a year ago. The biggest losers in loyalty are predominantly travel loyalty programmes offered by airlines and hotels, where not only are their customers not travelling in the first place, but the aspirational benefits of the rewards they offer in the form of free seats or beds has been corroded.

In other sectors loyalty has boomed, not least with Amazon’s Prime, one of a new breed of ‘paid-for’ loyalty models providing members access to its ‘benefits’ through deliveries and media content for an annual subscription fee. Amazon Prime thrived in the second half of 2020 with improved renewal rates, new member acquisitions, and a surge in activity levels amongst consumers as evidenced through increased basket sizes, according to its CFO Brian Olsavsky.

Mainstream business loyalty during 2020 has flourished among e-commerce retailers and has also been a key tool in allowing brick and mortar retailers to stay afloat by drawing existing customers towards socially-distanced online relationships with their favorite shops. As a marketing tool, loyalty is here to stay, but the question is what format will the future of loyalty take?

Redefining relationships
In its CEO Global Outlook Update in mid-2020 KPMG stated: “The primary concern keeping CEOs awake at night is customer loyalty – how can we keep the customers we have?” Being proactive, rather than reactive to consumers’ needs has led brands to think about their own roles as a network facilitator rather than a command and control operator and as an ecosystem participant not just a standalone business. It has led to the redefining of competitive relationships into cooperative models of symbiotic partnerships.

The underpinning technologies of legacy business and loyalty models are also struggling to cope with this change, as a result of closed-loop, walled garden, proprietary technologies designed for large enterprise operating models. New, configurable, extensible, interoperable, and open system architecture is needed to rapidly build and scale new business models. Emerging technologies such as blockchain and Distributed Ledger Technology (DLT) have the potential to create new opportunities for businesses and consumers eager to adapt to this transformational change. While there are some well documented challenges to successfully incorporating this nascent technology, there are also huge advantages, especially from a transactional point of view. Three key components of transactions underpin commerce: identity, data, and value. The adoption of DLT allows for access control and pseudo-anonymity when making a transaction, but it also allows for the controlled transfer and sharing of data across any given ecosystem. DLT also provides for the trustless storage and frictionless transfer of any asset, meaning that it accounts for all three main components of any given transaction. In addition to this, its adoption will not only accelerate but will dramatically transform aspects of the way we do business today.

A powerful force
DLT has allowed for the creation of loyalty platforms that deal specifically with value; in blockchain terminology the ‘tokenized asset’ which was once represented on a blockchain can now be transacted, moved, stored, and used across a network of unconnected participant companies by using the same underlying principles of asset identification, storage, and transfer between wallet addresses. This is achievable through the utilization of ‘Non Fungible Tokens’, which are the representation of a specific physical asset or service entitlement as a digitized item. The development of Non Fungible Tokens means that service assets such as restaurant meals, spa days, automotive servicing, even high street hair cuts and your favorite takeaway coffee can now be digitized. Physical goods or services can be allocated as an entitlement to a specific person or business which they can then store, use, or transfer to others as they see fit, just like holding, sending, or receiving digital or traditional currency. This unique apability enables cross-over from physical world assets and entitlement to a digital, transferable token of value across an interoperable, open ecosystem of partners.

From a loyalty perspective, this means that programs of the future, learning perhaps from the likes of Uber, AirBnB, and other network-based disruptors, will be the ultimate creators, curators, and distributors of relational value to their target audiences. These audiences could be airline frequent flyers, bank card holders with Visa or Mastercard or, as in the case of Adidas Creators Club, just a brand-engaged retail audience enjoying the benefits of amazing experiences the program can create as relational benefits.

Loyalty is a powerful force in today’s business and e-commerce worlds, but it is mutating fast on the back of new customer needs and the enterprise application of emerging technologies. It is these new variants of loyalty that will succeed in displacing legacy systems, static customer propositions, and outdated corporate command and control operating models. Only time will tell which variants will be most successful, but given the innovative landscape in distributed ledger technology today, there is no doubt that their solutions will be incredibly interesting.