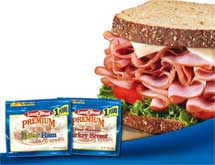 A culture of continuous improvement has enabled this lunchmeat company to find significant growth and develop sustainable practices without sacrificing quality. Although Land O’Frost was founded in 1958, two later points in the company’s storyline propelled it to its current position as the third largest brand of packaged luncheon meats in the US. The first was in 1960 when the second generation of the Van Eekeren family, Paul, took control of the sales side of the business.

Within nine years, Land O’Frost had outgrown its original packaging plant and had to open a new factory in Lansing, Ill. Seven years after that, a second factory was opened in Searcy, Ark. From that point on, the company continued to grow its private label business, making pre-packaged sliced lunchmeats for the retail grocery trade.

2001 brought the next significant turning point in Land O’Frost’s history, when Donna Van Eekeren took over from her late husband Paul and set another course for aggressive growth, particularly in developing the Land O’Frost brand. Current President David Van Eekeren, the third generation of the Van Eekeren family and son to Paul and Donna, said transitioning out of private label and into branded lunchmeats was a tough but necessary decision to push the company forward.

“The transition out of private label moved us away from one of our longest held business segments, but it also concentrated us on a new focus that has driven our brand growth,” he said. “In 2001, we were the eighth largest brand in the category; today, we’re the third largest brand in the country.”

Land O’Frost’s position as the third largest brand in the country hasn’t stopped Van Eekeren or his family of employees from striving to improve. The company has a four-pronged approach to its advertising, promotion, and consumer awareness projects, starting with its grassroots efforts through youth sports sponsorship.

To date, the company has 11,000 teams and 110,000 kids wearing Land O’Frost jerseys around the country every year, and the number continues to grow. “It’s a great partnership with local communities and families engaged in youth sports leagues. It’s also an effective grassroots effort that reinforces the brand Land O’Frost while reflecting our company’s values through a commitment to local communities,” said Van Eekeren.

The second approach is to partner with popular entertainment properties to develop direct-to-consumer promotions. For the launch of 2008’s successful “Iron Man” movie, the company partnered with Marvel Studios to do multifaceted promotion through in-store merchandising as well as online and print media. In 2009, Land O’Frost did the same for DreamWorks Studio’s “Monsters Vs. Aliens” movie.

Third on the list is advertising on cable TV, a newer venture that started in 2008 when the company launched its first commercial in 24 major markets. Due to the tremendous response, the company doubled its advertising investment for 2009 and moved into its fourth approach, local broadcast networks.

After choosing its top 15 markets based on brand strength, in mid-August, Land O’Frost entered into partnerships with affiliate stations to advertise exclusively within highly viewed AM news programming, targeting the segments prior to the national network morning shows. By going local, Van Eekeren said it achieves a high viewing frequency over a longer period of time, which enhances the audience reached through cable.

“Cable has been a wonderful medium, and we’re thrilled with what we’ve achieved there, but hitting that local drive time and having it be specific to the highest rated morning news show in a market will give us even better penetration,” he said.

Since the changes of 2001, Land O’Frost has seen enough growth that in 2005 it broke ground on its third manufacturing plant. Located in Madisonville, Ky., the building now handles the capacity overflow that was starting to come from the other two facilities.

“At some point, we would’ve started shorting orders and having bad customer service,” said Van Eekeren. “As a preventative approach, and knowing we would be running beyond capacity within a year, we built this new facility.”

Van Eekeren estimates that without the facility, Land O’Frost would have shorted more than 15% of its shipments last year; that number would’ve grown to 30% by 2009. To date, 25% of the company’s capacity is handled through the Kentucky location.

From a top-line standpoint, over a 52-week basis, Land O’Frost brand dollar sales grew 6.7% across traditional supermarkets, beating the overall lunchmeat category’s estimated growth of 2.8% by a landslide. Van Eekeren believes the company’s success in this regard goes back to its spirit of innovation and continuous improvement.

This spirit of innovation has pushed Land O’Frost ahead not only as a category leader but also as a leader in sustainability. At the Kentucky plant, the company further incorporated its desire to reuse and compost waste to the point that very little garbage is pulled out of the facility at all.

On the packaging front, Land O’Frost’s pillow packaging, which was designed decades ago, incorporates more sustainability principles than the packaging of the company’s biggest competitors, Oscar Mayer and Hillshire Farms. A study done by Franklin & Associates, a division of ERG, reported that Land O’Frost’s pillow packs have a 90% smaller carbon footprint than that of the competition’s tubs or trays.

Over the years, as many companies struggle to incorporate lean practices, Six Sigma principles, and sustainability practices into their processes, Land O’Frost has succeeded on all fronts by focusing on one thing: continuous improvement. “We focus on continually improving everything we do in our lives,” said Van Eekeren. “Sustainability was an unforeseen effect of our culture.”

As Van Eekeren takes Land O’Frost forward, he sees more growth potential made possible by the employees who work for his company as well as for the partners the company has in the retail world. Using four guiding principles of people, products, partners, and profit, he sees a future of possibilities much in the same way his father did almost 50 years ago.