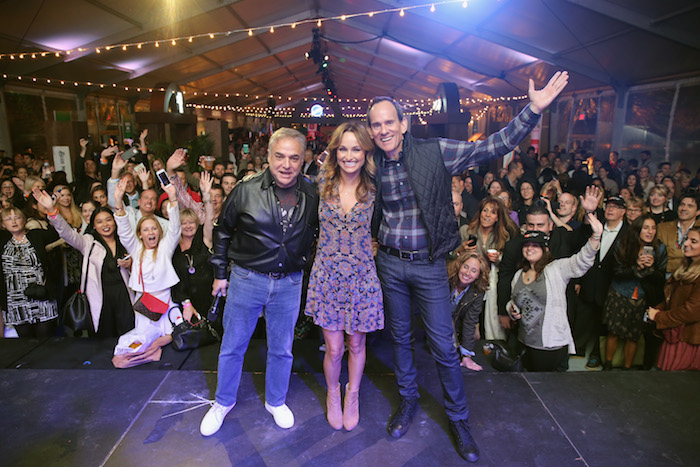 In addition, returning to NYCWFF is the ever-popular Grand Tasting presented by ShopRite but with an update this year – for the first time ever, fans of all ages will be able to access its celebrity-fueled Samsung® Culinary Demonstrations presented by MasterCard® via a special ticket option.

“I’m excited about all of our new events this year, like the new evening event hosted by the cast of “Chopped” on Pier 92, our new partnership with People magazine, as well as hosting more events in Brooklyn – including working with new partners at VICE on the Best of Brooklyn, hosted by Action Bronson,” Festival Founder and Director Lee Brian Schrager says. “Also, for the first time, we’re giving fans of all ages the opportunity to see their favorite Food Network & Cooking Channel stars on stage with the introduction of the Samsung® Culinary Demonstrations Only Pass presented by MasterCard®.”

But it’s not all about sampling and experiencing the latest and greatest in culinary excellence. NYCWFF’s goal is to end hunger and raise money for Food Bank For New York City and No Kid Hungry®. Since the festival’s inception, it has raised more than $9.5 million for the hunger-relief organizations as 100 percent of its net proceeds go to them.

“The festival has something for everyone, and to fit any budget,” Schrager says. “Whether you’re looking for a large-scale tasting, more intimate dinner experience, educational seminar, late-night party or trendy brunch, the festival has an event to suit your style and taste buds.”