Sugar, spice and all things nice

The key elements making Pearson’s Candy Company a trusted name go beyond its sweet and salty flavors; a great team, passion for quality and a century-old tradition are also stirred into its success

Crafted with the same recipes since the early 1900s, Pearson’s candies have become a sweet staple in the American diet. With a pride in its heritage, the business throws in a pinch of innovation to keep its confectionery contemporary and just as delicious as the original Pearson brothers made them. We learn from Randy Klemann, the Senior Vice President of Sales, and 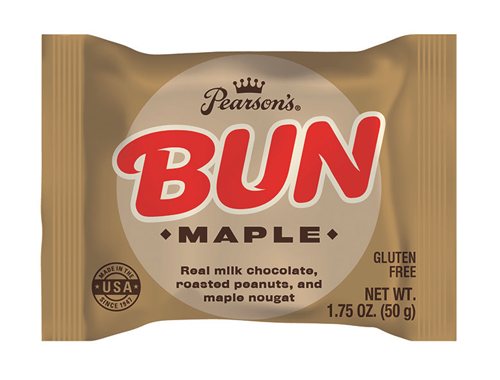 Alex Alenn, the Vice President of Operations, about the secret ingredients that go into Pearson’s products; from the one-of-a-kind original Nut Goodie, to the flagship Salted Nut Roll.

Loaded with roasted peanuts, milk chocolate and maple nougat, the debut of the Nut Goodie cluster bar dates back as far as 1912 when it was one of Pearson’s first manufactured product. Shortly after, the Nut Roll followed. “The tagline for our Salted Nut Roll is ‘eat one, do more’ and that is probably why it does so well. We make it with a creamy nougat center wrapped in a caramel that we make ourselves. Then, to pack it with protein energy, we roll it in salted peanuts. It’s a bar that you can take anywhere; if you want to go watch your kids play soccer or baseball, you don’t need to worry about the bar melting because it’s ready for you when you’re ready to eat it,” says Randy.

Aside from the afore mentioned, Pearson’s produces two other candies: Mint Patties and the Bun. While biting into these sweet treats may be the part consumers get to enjoy, for the team at the Minnesota-based company the best part is making them. “We have loads of fun,” shares Alex, who gives us a peek into the manufacturing process that gets the chocolate from the factory to shop shelves. “We bring ingredients in by the truckload. The chocolate is easily melted but obviously for our caramel and nougat centers, the journey is a bit more interesting. First, we liquefy the sugar and stir it with corn syrup, get that mixture above boiling and then, depending on the type of chocolate we’re making, the molding and coating will differ,” he says. To achieve the marshmallow nougat, the sugar-corn syrup requires a good whipping to add some strength and create its soft creaminess. Finally, a pinch of salt and vanilla is chucked in for the Nut Roll and Bun respectively. “For our Mint Patties, we add some peppermint oil,
then we ship off the nougat blends to our molding stations,” Alex adds.

Once the centers have taken shape, they go their separate ways for final coatings. “The Nut Roll centers will go and get covered in peanuts and coated in caramel, which we make fresh every day. The Patties and Goodies run through our chocolate enrober, which is like a chocolate fountain, and that involves a tempering process so that it wraps nicely around each piece and cools it to form a crisp chocolate shell,” Alex highlights.

Although the retro company is passionate about staying true to the products it has been creating since its inception, another key ingredient to its growing success is customer critiques. “We’ve changed how we seal our mint chocolates from the ones that we’ve been using since the 1950s to a flow wrap and it’s been a pretty major upgrade for us. So much so that we’re now right in the middle of commissioning a project to move our Nut Goodie to that line as well. We’ve invested in high-speed flow wrappers, which are much easier to adjust compared to the old wrappers we used,” Alex informs us. 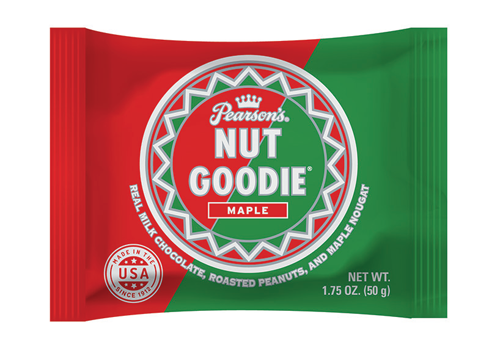 The candy company is also excited to introduce its new range of Thins to its product display. Randy, who is particularly proud of this new venture, says that the business is going bite-size. “We’re taking the same great tastes of our products and turning them into mini snacking chocolates. The reason behind this is that we noticed a preference, especially among the younger consumers, for chocolates in a pouch and we wanted to make our products more appealing to a broader audience,” he says.

As it is a nostalgic brand, the company constantly teeters on the line between tradition and innovation. For Randy, it is inspiring to be part of an old company that is trying to keep up with modern times. “Although we don’t want to change an identity that has been trusted for more than a century, we also want to listen to the criticism that we receive from the customers who love our products. We recently had a suggestion regarding the freshness of our peanuts. So, we worked with our farmers to get a better type of peanut that had a longer shelf life. We really do value our reviews to ensure that our consumers believe in the tastiness of our products,” he declares.

This strategy to prioritize the taste buds of its consumers is what kept Pearson’s candies in the pantries of many Americans during the Covid-19 pandemic. While the consequences of the crisis had far-reaching effects, one area that took quite the hit was the grocery store shelves. However, an aisle that remained well stocked was of course, the confectionary section. Despite 2020’s unsteady start, the business quickly adapted to ensure the safety of its staff and the quality of its products. “We made sure that we were not spending unnecessarily because we had no idea what lay ahead. We also had quite a bit of inventory in the factories, which was frustrating because we try to send our candy off as fresh as possible,” Randy adds. Alex jokingly highlights that the ingredients of the candies are what makes their products great for times of rationing and stockpiling. “Because the ingredients are cooked, the bars can’t be contaminated, which is why it is a shelf stable item. The confectionery may become a bit brittle but it will still taste great,” he shares.

“But the second half of 2020 really picked up again and that has carried on throughout this year,” Alex continues. Randy adds that a particularly useful advantage of being a small company is its capability to withstand market changes and implement flexibility for circumstances beyond its control. From the operations perspective, Alex notes that there was only a brief drop in sales. “Gas stations, for example, stopped ordering because they were no longer letting anyone into their stores. When it came to grocery stores, their entire ordering process took a spin. They went from steady weekly orders to no orders for about three weeks, and then they ordered like crazy. So, we slowed down for a few weeks and then everything came back bigger and stronger. From August through to Thanksgiving, we were working at full capacity and delivering six days week,” he emphasizes.

Future plans
The business also ensured that its industrious team was well looked after during the months of instability. “Factories in the US were asked to continue running and to stock the shelves it was seen as a national morale call, so they wanted to make sure that anybody servicing the stores that were open, continued to run, so Americans didn’t panic. We held weekly meetings with all the employees and when I think of the pandemic, really, I think about those meetings where we would go through the local news and the safety warnings and try to keep each other safe. We talked about getting enough sleep, taking multivitamins, whatever it might have been to help us all be healthier during the pandemic. When all our family and friends were stuck at home, we were going to work every day; it really became a sort of team building endeavor for us. Every Saturday the manager and I would go and bring food and drinks for everybody to try to keep their morale strong. We were all really tired but I felt that it was so encouraging to have everyone together and it gave our team a sense of stability despite what was happening in the world,” Alex elaborates.

Aside from the difficult times that the business has survived, Pearson’s is still optimistic about the future of its products COM“We get these little shoots in sales and that is where we are focusing our growth. A few weeks ago, we launched our limited-edition shipper display of the Salted Nut Roll in two different flavors. One is churro, which is cinnamon-based, and then the second is our spicy version,” says Randy. Both these flavors have been well-received and serve as a motivation for the business to continue providing the tantalizing treats that it has for many generations to come. “We’re on a great ride right now and we’re doing everything we can to keep the momentum going,” Randy concludes.
www.pearsonscandy.com