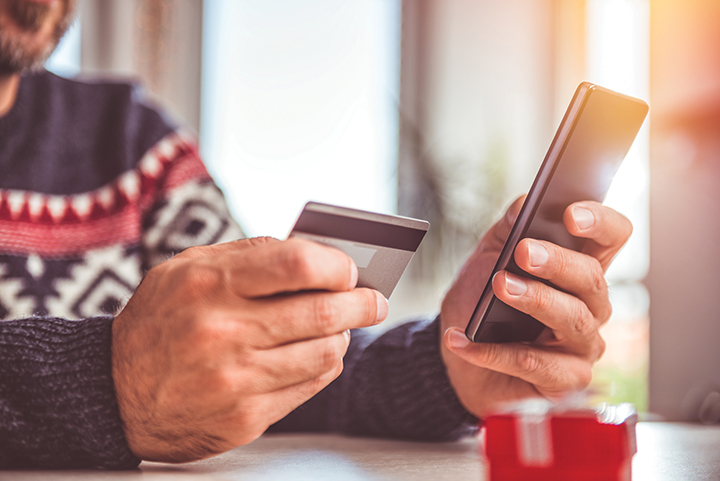 The economy strengthened throughout 2017, and the increasingly business-friendly environment will help produce a stronger retail sector in 2018. By Scott Grossfeld

Alot has happened in a year. At this time last year, the Dow was on the verge of 20,000 points for the first time in history. As of this writing, the Dow is now over 26,000. It is unlikely that there has ever been such a dramatic increase in the stock market over such a short period of time.

Other core fundamentals necessary for retail growth have also continued to remain strong. Unemployment is low. The cost of capital remains low. Consumer confidence is high. Inflation remains in check. Fuel costs are relatively low. And, consumers appear to be spending.

Another factor that may assist growth is the recent passage of the Republican Tax Cuts and Job Act (the “Act”). Generally, the Act will significantly cut corporate tax rates and provide tax relief to many. If the Act works as intended, companies should invest more in their businesses. In addition, taxpayers should have more discretionary income available (from tax savings) to spend.

Holiday Sales and Other Indicators of Growth

Recent prior performance of the economy and holiday sales are often good indicators of retail performance in the ensuing year. According to reports in Chain Store Age and Commercial Property Executive, retail sales in October rose over September last year between 1 percent and 5 percent.

In addition, year-over-year retail sales were up for November between 4.3 percent and 5.8 percent. In addition, holiday sales did not disappoint. According to a recent CoStar.com article, “MasterCard reported that holiday sales increased 4.9 percent this year, setting a new record for dollars spent by shoppers, the largest year-over-year increase since 2011.” This increase was more than predicted by many.

Virtually all of the well-known consumer confidence gauges for the U.S. economy are currently at their highest levels in recent history. According to a recent Commercial Property Executive article, “… the University of Michigan … index of consumer confidence … average for all of 2017 was the highest since 2000, and only during the long expansions of the 1960s and 1990s was confidence significantly higher.”

Similarly, in a recent ABC News article, it was reported that “[c]onsumer confidence [was at a] 17-year high … [and that] consumers’ expectations remain at historically strong levels, suggesting economic growth will continue well into 2018.”

Although the metrics indicate that 2017 was good and productive for retail and that 2018 is poised to grow that success, there were some counter trends in 2017 for developers and retailers to manage. Last year continued to see significant store closings and retail bankruptcies.

However, it should also be noted that according to a recent National Retail Federation report, there was a “net increase of 4,000 store openings projected for 2017. For every closing, there are 2.7 openings. What is different today is that the stores that are flourishing are the ones which are willing to shed the old skin of traditional retail and embrace a newer model.”

Retailers are adapting to changes in the retail landscape. Many of these changes are caused by e-commerce and the fact that many consumers either shop at home or shop on the Internet. Therefore, what we have found is that many new stores require smaller footprints and are more highly targeted to specific demographics. These stores are able to sell both from their brick-and-mortar locations and from websites (they offer “omnichannel” services). Omnichannel service appears to be something that most modernized retailers are striving to perfect.

On the flip side, we are also seeing some traditionally online retailers starting to get into brick-and-mortar business. With Amazon’s recent purchase of Whole Foods and its openings of Amazon bookstores, it appears that even the largest online retailer sees the benefit of in-person shopping. We see this trend continuing to develop.

Another trend that we see continuing is the growth of experiential operators in retail projects. These operators provide experiences that cannot be duplicated online. Thus, as has been the case in the last few years, we expect to see leases in 2018 to more restaurants, theatres, fitness clubs, and other types of uses that involve a customer’s presence. As retail centers become more dependent on these types of retailers, the uses become more creative and unique.

The core fundamentals for continuing a strong retail recovery into 2018 appear good. The overall economy appears strong, the stock markets are at all-time highs, unemployment and interest rates continue to remain low and consumer confidence is high. So long as we do not experience the unexpected, retail should be in for a good year.