Back to Profile Gallery > BLE announces new dates for 2014 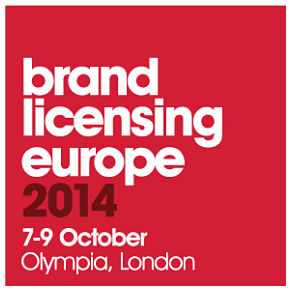 November 25, 2013 – Brand Licensing Europe, the Advanstar organized exhibition, today announced that is it moving the dates of its 2014 show forward by one week, to be held from October 7-9, 2014. This is a week earlier than the dates previously announced at the recently completed 15th edition of Europe’s premier Licensing forum.

“Our primary motivation was to avoid a direct conflict with MIPCOM’S new dates for 2014, as many of BLE’s core customers participate in both shows and this move will facilitate that,” Event Director Darren Brechin says. “We will also be working more closely with the MIPCOM team in the future to align our dates for the benefit of all our exhibitors. In addition, we have received feedback from licensors and retailers that retail buying patterns are moving earlier, and that bringing BLE forward could be a welcome move. That is something that we will investigate more for future show dates.”

This year’s BLE was the biggest and best-attended yet, attracting 5 percent more visitors than in 2012. 7,244 retailers, licensees and sales promotion professionals from 69 countries attended, to see over 280 exhibitors showcasing in excess of 2,200 brands and properties on the show floor. Plans for BLE 2014 are well under way with the show floor already over 70 percent sold.