Back to Profile Gallery > Capital Oil 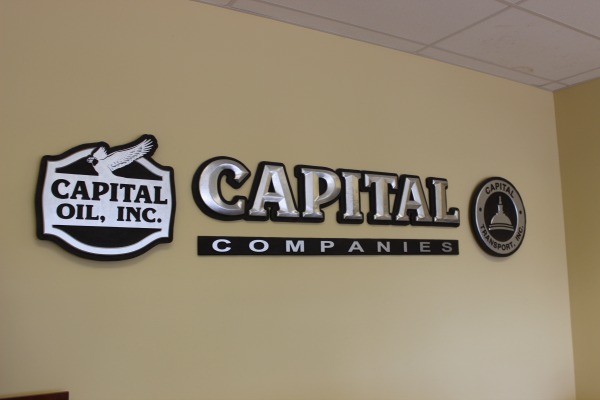 Regulations can have unintended consequences, forcing companies to adapt or change their businesses to survive. Take the federal Renewable Fuel Standards (RFS), a 2007 mandate dictating that biofuels such as ethanol needed to be blended with gasoline, resulting in E-10 gasoline that has 10 percent ethanol content. To ensure fuel producers and importers were meeting blending targets, the EPA created Renewable Identification Numbers (RINs), a designated number that tracks the production of every gallon of ethanol-infused gasoline.

The EPA had assumed that only companies that produced or imported fuel would blend gasoline and ethanol, and therefore produce RINs. However, a loophole in the regulations allowed non-producers to become blenders and generate RINs, creating a market for RINs to be sold as commodities.

“Because these companies are not producers or importers, they do not need RINs to track the progress of the RFS mandate,” says Stanley Roberts, founder of Capital Oil. 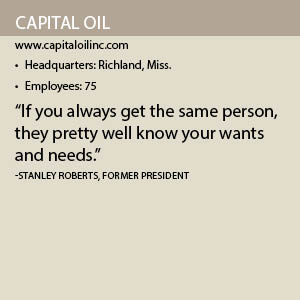 Third-party companies can then sell those RINs to refiners and importers which may be actually, driving up fuel prices. Meanwhile, larger fuel blenders that generate their own RINs can sell fuel at a higher margin because of the RIN advantage.

“RINs have changed the landscape,” Roberts says. “It’s allowed for a price advantage that shouldn’t be.” Businesses with access to RINs credits can undercut independent distributors such as Capital Oil by as much as 15 cents a gallon, creating a price disparity that makes it more difficult to compete in the fuel market.

Roberts says the EPA has several options to resolve the market inequality. These include changing the point of obligation to generate RINs to only the producers and importers and improving access to RINs for smaller retailers. Additionally, the EPA could use its statutory authority to reduce the ethanol mandate established by Congress under the RFS Standard. This would reduce the value of RINs drastically.

The difficulty in obtaining RINs has created a barrier for Capital Oil to grow its business. “You do the best you can do,” Roberts says. “Gasoline is always sold in pennies per gallon. It’s never a percentage. You just buckle down and try to control your expenses, and try to stay in the market the best you can.”

Capital Oil is counteracting those market challenges by changing its strategy. If things in regards to RINs do not change, Roberts believes the future will be gasoline sold at big-box retailers and large convenience store chains, so we will instead focus more on the transportation and wholesale sides of the business. The shift is just the latest change for a company that has continuously evolved for more than 40 years.

Roberts started in the oil and gas industry in 1975 when he purchased his father-in-law’s Gulf Oil distributorship, which included a bulk plant. By the end of the decade, he had become a jobber – a distributor who purchases and resells petroleum from producers. Roberts owned his own truck and would take delivery of petroleum to his bulk plant, then deliver gasoline to retailers and end users.

In 1997, Roberts renamed the company Capital Oil and moved its headquarters to Richland, Miss., a suburb of Jackson. Since then, the company has grown to include six Cappy’s convenience stores, a lube and tire shop, a coffee shop, rental property and a transportation company. In 2012, Roberts’ son, Stan Roberts Jr., purchased the company and combined it with his own petroleum transport business, Capital Transport.

The combination of the oil and transportation companies enables Capital Oil to provide a more flexible range of services to customers. Capital Oil operates a bulk plant with bulk storage tanks that can store fuel for customers, Capital Transport has a fleet of trucks that provide freight service for fuel, chemicals or lubricants and delivers these products nationwide.

Capital Oil’s operations are local, mostly within a 100-mile radius of Jackson. The company has a wholesale operation, which includes the distribution of branded Valero products and unbranded products. Capital Oil also offers wet hosing through a mobile tank vehicle that refuels locomotives or heavy trucks.

“The weapon of choice we have can’t be price,” Roberts explains. Instead, Capital Oil competes on customer service. “It’s a small company – if you call us by telephone each time you speak to the same person.” Over time, Roberts says those business calls become personal calls as Capital Oil’s people get to know their customers. “When you’re dealing with a larger company you don’t always get the same person,” Roberts says. “If you always get the same person, they pretty well know your wants and needs.”

By focusing on personal service, Capital Oil turns its small size into an advantage. Even its larger competitors often turn to Capital Oil when working in areas where they lack resources, Roberts says, such as a recent project where an AT&T cell phone supplier needed to deliver fuel to 20 or so cell phone towers around south Mississippi. “We don’t try to out-price these large petroleum brokers,” he recalls, “yet many times we do work for them in delivering product they’ve sold in an area where they don’t have bobtail trucks or transport trucks.”

Roberts says, “If the EPA will lift its foot off the neck of the small petroleum jobbers, they will adapt and help serve the petroleum needs of the country.”