Back to Profile Gallery > doTERRA International 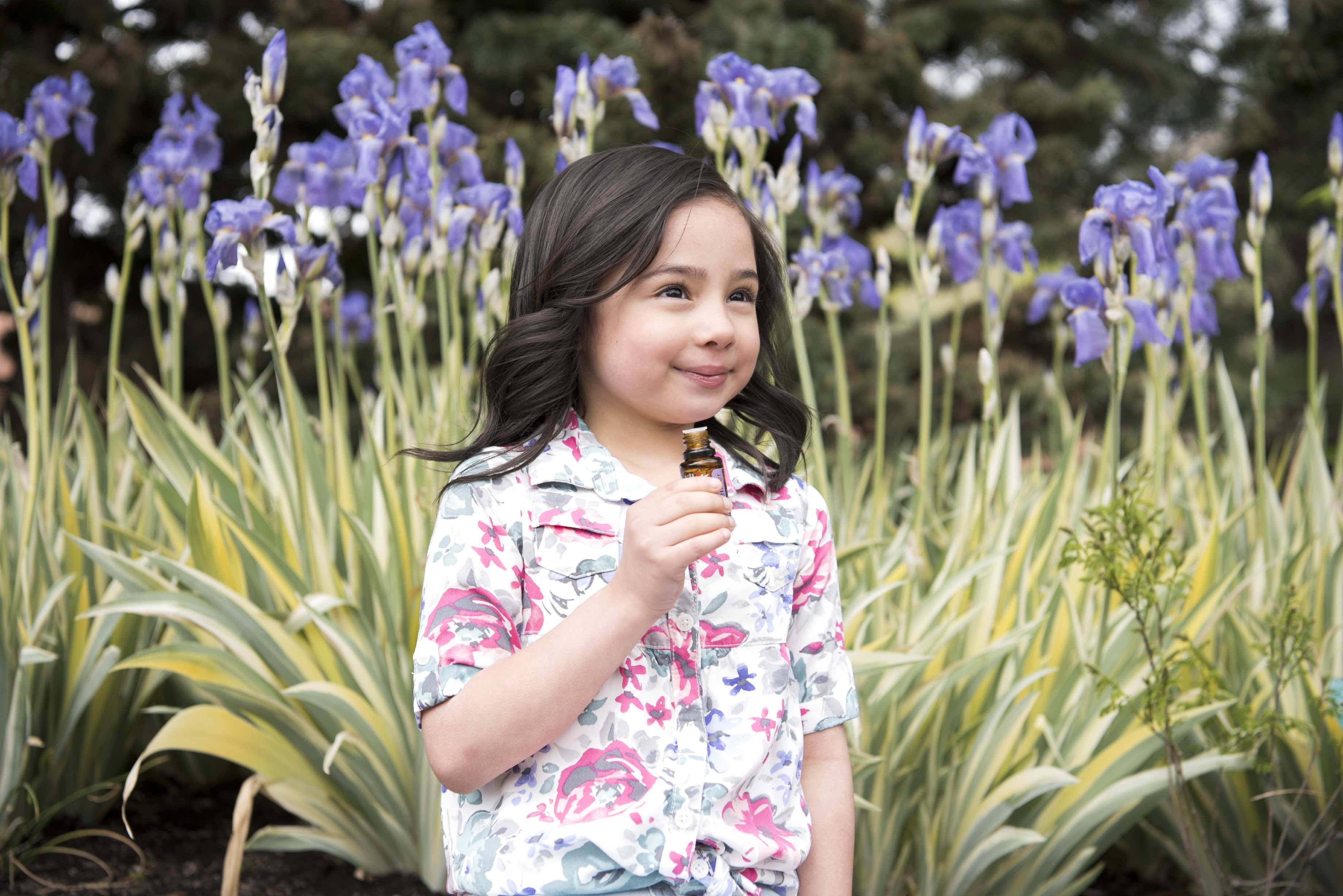 doTERRA keeps close to the growers that produce its essential oils. By Alan Dorich

When doTERRA International started operations nearly a decade ago, it made a commitment to be the most trusted essential oil company in the world. The firm maintains that legacy to this day, Vice President of Corporate Relations and European Markets Kirk Jowers says.

Not only are doTERRA’s oils tested when they are harvested, “doTERRA has truly earned the title of ‘Most Tested, Most Trusted.’ You have to test it before you bottle it and test it again when you’re at that final stage of bottling,” he says. “It takes a dozen tests to ensure you get it [right].” 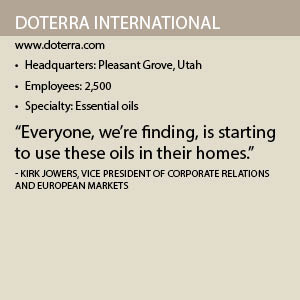 “They learned the power and efficacy of the oils, but thought there was a better way to source [them],” Jowers says, adding that the four co-founded the company with additional partners in 2008. Today, doTERRA sells oils that it sources from more than 45 countries, along with additional products infused with the oils.

doTERRA’s products can be used in multiple ways. “You can put them in diffusers to be able to benefit from them aromatically,” Jowers says, adding that other products can be applied directly to the skin or added to food.

Although 89 percent of doTERRA’s customer base consists of women, “We are growing our male audience,” he says, noting that the company is aiming for a broad reach. “Everyone, we’re finding, is starting to use these oils in their homes.”

doTERRA’s recent investments include a new SAP system that is helping it cope with fast growth. “We are in the midst of enjoying great improvements,” Jowers says, but admits that the company did encounter some challenges in the transition.

However, “We’re around the corner now and we feel like the transition is 90 percent behind us,” he says. “Next year, we’ll be rolling it out in different countries throughout the world.”

The company is expanding its corporate campus in Pleasant Grove, bringing its size to nearly a million square feet. This will include a new office building, a medical clinic and the expansion of its manufacturing facility. All together, this will allow the company to have 700 more employees at the location.

doTERRA also will add a state-of-the-art lab and new testing equipment. “As this industry evolves, [we’re] continuing to update with the technology on all fronts,” he says.

The spaces will reflect doTERRA’s focus on sustainability with features such as high-efficiency lighting and mechanical systems. “We’re doing all that we can to make those certified LEED,” he says.

Additionally, doTERRA will soon introduce packaging that incorporates less material. “[We] make sure we’re good stewards of our Earth, which has created our company,” Jowers says.

doTERRA maintains strong relationships with the people who grow the plants that create its essential oils. “One of the great decisions that our founders made early on was they wanted to know the people growing these crops,” Jowers says.

This is represented by the company’s philosophy of “Co-Impact Sourcing,” he says. “The most important thing you can do is make these great people around the world your partners and not your project.”

The company has eliminated middlemen from the process, which not only allows doTERRA to see first hand how things are being done, but also deliver more money to the growers. “They are benefitting immensely,” he says, noting that doTERRA also has given charitable donations.

This has allowed hospitals and schools to be built in the farmers’ local communities, and improvements to be made on their homes. “It’s very satisfying,” he says. “One year, they will have a dirt floor and two years later, they will have stone or wooden floors.”

Jowers joined doTERRA in 2015 after a previous career in politics and law that included serving as the chairman and general counsel for Mitt Romney’s leadership PACs. “I love it,” Jowers says.

Not only has he seen doTERRA’s growers prosper, but also its distributors. For some, “It’s a very part time thing that allows them enough extra cash to do some fun things with their family,” he says.

“Some others become spectacularly successful,” Jowers notes. “My favorite part is getting to know and visit these people around the world.”

After nearly 10 years, “We’re just getting started,” Jowers says, adding that doTERRA has yet to saturate its markets. “This is a company that is very much in its infancy.”

But it is quickly gaining momentum. “In October alone, we had over 85,000 people sign up [with doTERRA],” he says. “Those are new people who love these oils.”

doTERRA also plans to continue partnering with universities, hospitals and health clinics to validate the value of these oils. That way, “They can become more and more understood, properly used and accepted in our society,” he says.