Back to Profile Gallery > DreamWorks Animation

Relationships with Netflix and newer ventures with YouTube and Awesomeness TV are a natural step for the company. And just this year, DreamWorks Animation Television received 23 Emmy nominations – an incredible accomplishment for a TV group that is less than three years old.

“We’ve done a very good job of embracing change,” Morris continues. “Coming into Awesomeness TV, it really turned my brain upside-down in terms of millennial demographics and how they’re consuming content via their smartphones – that change is like a tidal wave in the industry right now and we’re at the forefront in embracing the future now. We’re poised to capitalize on that.”

“At this point, it’s incredible to be part of storytelling – not just from animated films but from TV content,” Fielding adds. “The type of content we’re creating is unique and forward-looking for the industry.” 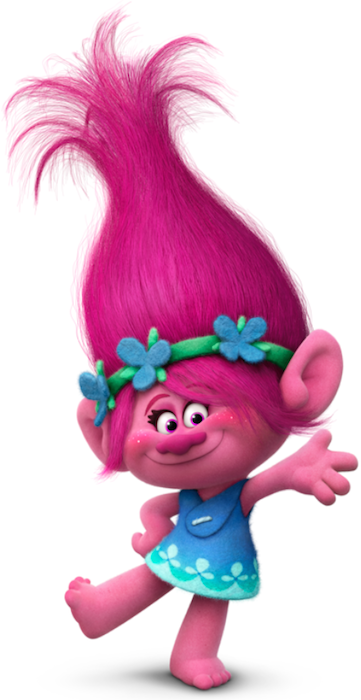 Franchises are the bread and butter of DreamWorks and that naturally extends to a robust licensing program. At its onset, DreamWorks realized it needed several different ways to bolster its content and stories to reach an even broader audience. “Our job in its most simplest form in licensing is to extend the stories that we’re driving in our content,” Global Head of Licensing Tim Erickson says. “One of those ways is through consumer products. These products can be used and worn on a daily basis to reinforce the content and drive those daily engagements.”

With so many different franchises and stories to license, DreamWorks has a number of things in the works. “Trolls” is the next franchise film installment with long-term, multi-year licensing possibilities. The film tells the story of Princess Poppy (Anna Kendrick) who must enlist the help of another troll named Branch (Justin Timberlake) to rescue her friends by embarking on a comedic adventure, complete with original songs.

“We’ve seen a lot of excitement and enthusiasm around ‘Trolls,’” Erickson says. “We’re really starting to see proven sequel-level support from our partners on an original movie. No matter what division you’re a part of at DreamWorks, we’ll open the movie in the best fashion and immerse the consumer in what the franchise and story is about. And then naturally extend the story into consumer products.”

DreamWorks has a broad roster of global licensing partners ready to tackle “Trolls,” including Hasbro, Random House Children’s Books, Hallmark and Editorial Planeta. The list grows on a daily basis. “What gets us excited is that these partners understand what makes Trolls tick, and you can see that in how they’re developing the products because they’re all unique to the film,” Erickson adds.

In addition to Trolls, DreamWorks’ other franchises easily lend themselves to licensing partnerships. For example, the company will continue its partnership with Mattel for “Dinotrux” and Playmates for “Voltron” – both new Netflix series. Dinotrux has been wildly successful since its launch last August from both a content and product perspective.

“The premise of ‘Dinotrux’ combines two classic play patterns: 500-ton trucks and dinosaurs,” Erickson explains. “That mash-up is pretty magical and naturally bends into consumer products. We have amazing content behind Dinotrux that extends really well into products. You can see that it makes an amazing toy and play experience, but you also see that people want to badge themselves with it for what it stands for. We’re actively working on expanding it to multiple categories from fashion to home to food to stationery and social expressions. That’s going to be a mega franchise for us to leverage.”

“Trolls,” “Dinotrux” and “Voltron” also have global appeal and scale in terms of licensing. While there are key territories DreamWorks caters to, many of the larger properties can operate in several territories. “We may say, ‘This is appropriate to apply to these top 12 countries around the world,’” Erickson says, “and the goal, for agents and licensing partners, is going out to solicit feedback. We’ll say, ‘Here’s what we have in the pipeline and how do you think this will translate in your territory?’”

There are simple formulas for building and growing the DreamWorks brand and its franchises. As long as the company continues to produce quality and relevant content that reaches the consumer, the properties will be reinforced daily. “As we see the consumer transition over the last several years, it’s all about experiences,” Erickson adds. “It’s about how the products and services we focus on actually extend the overarching quality experience for that consumer.”

With “Trolls” coming out in November, DreamWorks is planning its retail programs. But the excitement for the new franchise is palpable and contagious throughout the company. “There are moments in the early development process when you get brought in to see early pencil tests and scripting, you have that goose-pimple moment where you’re witnessing something special,” Morris describes. “When I was exposed to ‘Trolls,’ I realized we had a once-in-a-lifetime opportunity; a great story and amazing characters that lend themselves naturally to merchandising.

“I wouldn’t call it luck; this is an amazing world that kids and families are going to want to take a piece of home. I’m really proud we’re going to be able to expand the story beyond the dream.”

But DreamWorks is taking the retail push for “Trolls” one step at a time. The company approaches retail through partnerships and proactively plans how to integrate retail into the franchise. Usually, with a new, highly anticipated film, DreamWorks would plan an “event film promotion,” Morris says, which generally consists of about six to eight weeks of promotional space at various retailers and then returning to retail for the home entertainment release. “But having an incredible new franchise in ‘Trolls’ is giving the retail community confidence that we have a long-term opportunity with them.  It is effecting how we plan and build long-term relationships at retail,” she notes.

DreamWorks will create a “Trolls” experience for each retail account that fits that account’s personality. With event-level film promotions, retailers sometimes feel as though they and their competition’s promotions are too similar. So, the company is working hard to make sure every retailer has a unique point-of-view through exclusive products and unique marketing to erase those concerns.

The rapid development of its television franchises has garnered successful retail opportunities as well. Morris says DreamWorks was one of the first – if not the first – Netflix series to manifest itself into a merchandising series. “Dinotrux,” which has three years of content already committed to Netflix, is expanding to key retail accounts like Target and Walmart. “Voltron’s” retail program is ramping up for merchandise launch in spring 2017, along with programs for DreamWorks’ upcoming theatrical releases “The Boss Baby” and “Captain Underpants.”

When selecting the right partners, DreamWorks puts together an overarching consumer strategy to determine the right fit for the right franchise. This includes looking at factors such as global versus territorial opportunities, product development skillset and how important the franchise will be in a partner’s overall portfolio. “Volume alone is not a determining factor for a key account,” Morris explains. “We want to embrace the companies that embrace us back. We want to work with retailers that believe in our brand and really want to partner with us. Our criteria might be different: Size doesn’t always matter. True passion for our brand is key.” 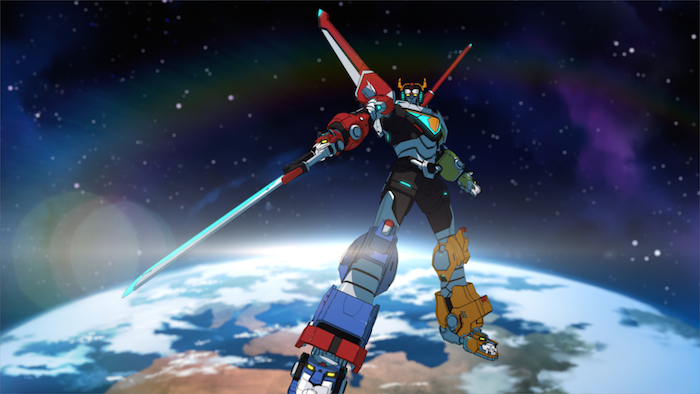 As DreamWorks evolves with new media partnerships and embraces all forms of content consumption through theatrical, home, television, tablets and mobile, it continues to move in an upward growth trajectory. “I think our growth is going to come in multiple consumer segments and demographic segments,” Fielding says.

But it will still have to contend with the fact that there is more content being created today than ever before with all the new media available. “We’re having to really figure out where the consumer is today and where they’re going,” Erickson adds. “It’s going to determine our content and how we’re going to create products and experiences. Sometimes that manifests itself in toys and a valuable play experience, while other times it’s fashion and how consumers want to badge themselves today versus yesterday. It’s constant evolution.”

The company’s key to staying ahead of the competition in the content landscape is never dialing down the momentum. By continuing to actively listen to its partners in retail and licensing and being a solutions provider for them, DreamWorks believes it can overcome those larger market competitors.

“We may not be your biggest, but we want to be your best,” Morris says. “There are a lot of great licensing organizations and studios out there. But we’re nimble and flexible in how we work with our retailers. With content available where the consumer is today affords us a big advantage.”

All the departments at DreamWorks foster a creative, hard-working and innovative environment. A lot of planning goes into every aspect of the business for every piece of content produced – from targeting the right consumers in the appropriate media to how consumers will experience and interact with the different franchises and characters in their everyday life.

“We’re really proud of how quickly we’ve been able to create and go to market from a consumer products perspective,” Erickson says. “There’s a lot of planning that goes into building a consumer products divisions before it ever hits a shelf. We’ve been able to do that in a short amount of time and we’re also staying true to the content and franchise – that the product and experiences we’re creating naturally extend the story.”

“Most of the people on the Retail Team at DreamWorks have decades of experience, and I’m proud to have one of the most talented retail teams in the business,” Morris adds. “They do all the heavy lifting, and I’m honored to have a team to execute all of this. Also, to work for one of the most innovative, future-thinking creative companies in the world, I could not be happier to be part of the DreamWorks team.”

Diverse backgrounds and vast experience in a variety of markets and studios give every department at DreamWorks a leg up in the industry. And Fielding finds his teams to be motivating with everyone striving to do better than the day before. “We’ve really come together and found our common goals and we’re building a culture of empowerment and success where people want to build their careers,” he says. “I worked hard to foster an environment of collaboration and communication among the different functions.

“And most importantly, our partners want to work with us and think of us as a partner of choice. We take that seriously because we realize in this competitive environment, everyone has a choice on who to work with and what properties to carry. We are very humbled and grateful when people choose to work with us and then we owe them our very best.”