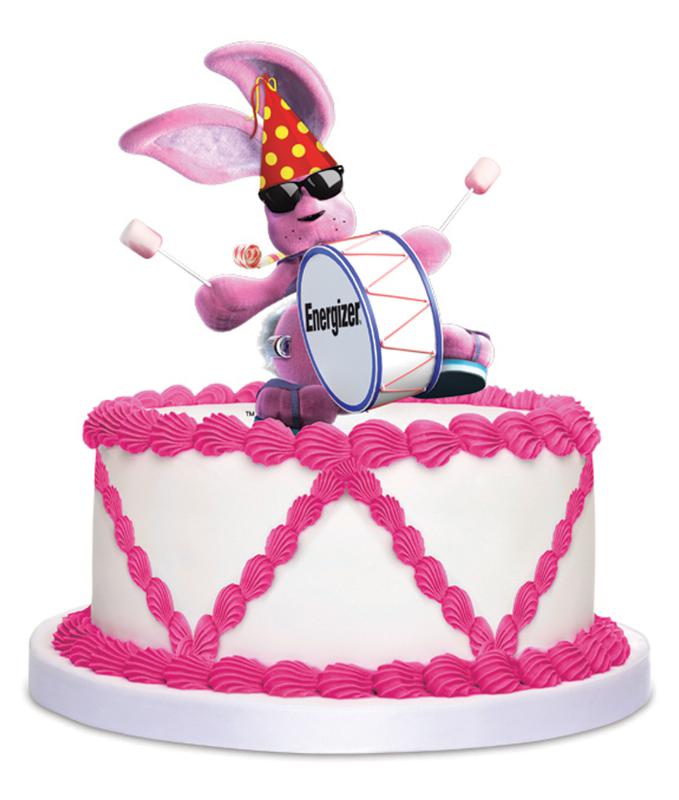 Nov. 11, 2013 – It has been 25 years since the Energizer Bunny drummed his way into our living rooms in a 1989 commercial series aimed at poking fun at the competition. Ever since, everyday people and pop culture enthusiasts alike, have been enraptured with his tenacious spirit and boundless energy.  Comparisons between politicians, celebrities, professional athletes and energetic Americans and the Energizer Bunny happen every day. So much so, in 2006 the Oxford English Dictionary added Energizer Bunny to its lexicon with this definition: Energizer Bunny n.:  A persistent or indefatigable person or phenomenon.

The Energizer Bunny drummed his way off his first commercial set in 1989, and hasn’t looked back. Energizer’s motivational mascot has shared the stage with characters such as Darth Vader, King Kong and the Wicked Witch.  He has traveled from outer space to the bottom of the sea, and entertained millions at community events and through social media. Advertising Age named the Energizer Bunny to its list of top 10 Ad Icons of the 20th Century.

Age has not slowed the Energizer Bunny down one bit.  Rather, it has motivated and expanded his personal mantra to that’s positivenergy.  In the spirit of bringing that’s positivenergy to the world, the Energizer Bunny has inspired people to race for a brighter world through its one-of-a kind global nighttime running series to help provide solar power to people around the world who do not have access to safe and affordable electricity In communities across the United States, the Energizer Bunny is a beloved friend and partner to thousands of fire departments across the country to remind millions of people to change their smoke alarm batteries each fall as part of the Change Your Clock Change Your Batteryprogram.  And, as pink is the color of passionate breast cancer awareness supporters, the Energizer Bunny is there as the company supports cancer research efforts by donating more than $4M to the cause.

The Energizer Bunny believes birthdays are about celebrating with those around him. In stores now, consumers can collect Bunny Bucks to turn into money, via a check or deposit into their PayPal accounts. The Energizer Bunny will also dole out party favors in the way of coupons throughout the year.

Consumers are invited to join the fun on Facebook as well, by, stopping by to wish the Energizer Bunny a “Happy Birthday” on his Facebook wall. They will also have the chance to enter a special Energizer Bunny Birthday Sweepstakes. Beginning today, and running for 25 days (through December 5), consumers can enter for a chance to win one of 25 birthday prize packages, worth approximately $75, filled with Energizer batteries and portable lighting solutions, as well as a gift card.

Consumers should stay tuned to www.energizer.com and www.facebook.com/energizerbunny for all of Energizer Bunny’s birthday happenings.