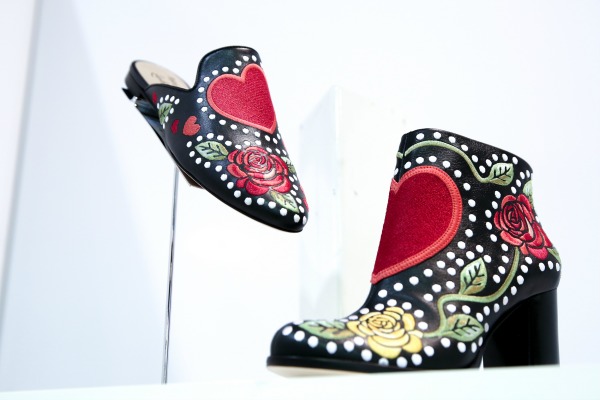 This season’s FN Platform show has an exciting new lineup of celebrities, industry experts and music. By Bianca Herron

Launched in 2010 under the direction of UBM Fashion Group’s President of Footwear Leslie Gallin, MAGIC is a three-day show that has grown from 100 brand exhibitors to more than 1,600 who represent over 30 countries.

Attendees will be able to check out top footwear brands from France, Italy, Spain, Portugal, Brazil, the United Kingdom and Turkey – including new brands like Danner, Chie Mihara, Les Tropeziennes, Hotter, Reef and Castaner – across more than 200,000 square feet of exhibition space.

“It’s a vital component for success in today’s business environment to make sure you’re in the room,” UBM Fashion President of Footwear Leslie Gallin said in a release. “What this means is face-to-face conversations are forging the business deals for our changing times. Our trade event is, as I like to say, the ‘Davos Summit’ for the footwear and fashion business.

“Nowhere else in the world is there an event where key leaders and decision makers of the footwear industry convene twice yearly under one roof,” she adds.

• IN PLAY- Children’s and Junior’s Footwear

• ZEN – The Crossroads of Footwear Style and Comfort

“The lounges have an elevated décor providing a comfortable space to re-energize, eat, drink and meet with friends and colleagues,” Gallin says. “We are paying close attention to food selection and cocktail offerings, as well as special art installations to start conversations and stimulate new ideas.

“Expect to find foot massages, and hair and makeup touch-ups to keep everyone looking and feeling their best,” she notes. “This adds to the overall buyer experience for efficiency and fun all under one roof.”

In addition, along with new highlights that will be revealed on the show floor this year, attendees can also look forward to several key events the show has become known for, including:

The show’s star-studded networking events continue to be a huge draw as well with the concert featuring a networking cocktail event on the show floor Aug. 14 at the FN Cafe.

Beginning Aug. 13, the National Shoe Retailers Association (NSRA) will kick off its two-part educational program topical to the footwear industry. MAGIC will also showcase seminars from Susquehanna Financial Group – who will discuss the evolution of athletic footwear trends – the NPD Group (National Purchase Diary) as well as the California Fashion Association.

THE FUTURE IS 3-D

FN Platform’s next shows are Sole Commerce, a women’s and juniors footwear and accessory event, and FOOTWEAR@Coterie – a women’s luxury footwear event that sits within Coterie and coincides with New York Fashion Week. Both of the shows will be held Sept. 17-19 at the Jacob Javits Center in New York City.