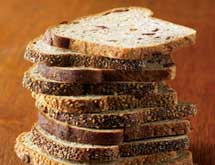 Chris Steinmetz explains how a strong parent company and new product lines helped this health food manufacturer and supplier grow into a multi-million-dollar business. When Rich Products Corporation acquired French Meadow Bakery in July 2006, both companies bloomed. The new ventures team at Rich Products developed a business plan that included expansion into the health and wellness industry, and French Meadow, an independently owned supplier of healthy baked goods, was a perfect fit.

“We analyzed trends in the marketplace and noticed a burgeoning interest in health and wellness products,” said Chris Steinmetz, president of French Meadow. “At the time, our company wasn’t active in this market, so it seemed like a smart move. Consumers are looking to lead healthier lifestyles and are paying more attention to what they’re eating. They don’t want products that contain four-syllable ingredients that are impossible to pronounce.”

Prior to the acquisition, Steinmetz worked in the new ventures group at Rich Products. “We want to develop a strong health and wellness platform,” he continued. “It’s part of an overall growth strategy.”

Since 2006, Steinmetz and his team acquired a few additional businesses in the health food industry, which are now part of French Meadow. The numbers aren’t final yet, but Steinmetz estimates French Meadow generated revenue of approximately $15 million in 2008.

In the coming year, Steinmetz hopes to grow that number to $25 million. To reach the goal, he plans to expand the variety of food the company offers to include more gluten-free foods, as well as functional foods.

“We’re hoping our lines will appeal to people with both reactive and proactive diets,” Steinmetz said. He and his team plan to market the gluten-free foods to individuals pursuing gluten-free diets. “These people are forced to change their diets for a number of reasons, and we want to be the brand they’re familiar with and trust.”

For proactive customers (people who don’t necessarily need to change their diets but want to live a healthier lifestyle), French Meadow plans to introduce a number of baked goods that are high in protein, fiber, and other nutrients.

“In 2009, we plan to aggressively penetrate this market,” Steinmetz said. “We’re on trend. The fastest growing sections of the industry are gluten-free and functional foods.” To accommodate French Meadow’s growth, the organization moved all operations into a 70,000-square-foot facility in Eagan, Minn., merging the two manufacturing locations that existed beforehand.

Lynn Gordon founded French Meadow in 1985. Although she is no longer directly involved with the company’s operation on a day-to-day basis, Gordon’s original products are still available for sale, and her passion for healthy food resonates within the new executive team.

French Meadow was born when Gordon, a macrobiotic dietician, recognized a lack of variety of healthy breads. She began by baking and selling unique, healthy breads that were high in fiber and protein and made from organic ingredients. Soon after, Gordon developed the concept of gender-specific breads, which played a significant role in the company’s early success.

Today, Gordon operates French Meadow Bakery and Café, a bakery that sells French Meadow products. With three locations open in Minneapolis and one in New York, she is looking to expand in the future.

The ins and outs

When Rich Products acquired French Meadow, Steinmetz and his team were strangers to the health and wellness industry. To ease the transition, the team worked hard to educate themselves, learning enough about the market and the company’s products to devise a business plan.

“We identified the sub-segments within industry we wanted to focus on,” Steinmetz said. “When we figured that out, we introduced products we thought would meet consumer demand. To support our customers, we hired a registered dietician who assisted us in identifying targets and ensured the claims we made about our products were 100% accurate and in line with FDA regulations.”

According to Steinmetz, the dietician also supported the sales force with customer calls and seminars. “We knew we weren’t the only people who needed further education,” Steinmetz said. “Our customers are on the learning curve as well.”

Although some customers were unfamiliar with certain aspects of the health and wellness business at first, Steinmetz and his team were conscious of one thing from the start. “Above all, food has to taste great,” Steinmetz said. “If something doesn’t taste good, no one will buy it, regardless of how healthy it is.”

With this in mind, the team at French Meadow continued forward with its plan. In 2009, the company plans to aggressively market its gluten-free products, which include sweet goods, desserts, breads, and pizza. These foods will be available at retailers and foodservice operators across the country, in Gordon’s cafés, and on the company’s Web site.

To help create excitement and stimulate growth, the company recently updated the brand’s look. The new labels ensure there is consistency across the company’s entire portfolio, which is important when merging different businesses together.

“A lot of our products had different packaging styles and logos,” he said. “The inconsistency made it difficult for consumers to recognize the French Meadow brand.” Steinmetz contracted Landor, a Cincinnati-based company, to help with the rebranding efforts. “Now all of our products’ labels share a consistent look and communicate a story,” Steinmetz said. “They align nicely with our newly designed Web site.”

In addition to traditional marketing tactics, the team at French Meadow is experimenting with Web 2.0 tools. The company set up its own page on Facebook and MySpace. “This type of marketing is less expensive and possibly more effective, given our audience, than conventional print advertising,” Steinmetz said. “It also enables us to communicate directly with our consumers, which is always a good thing.”