Back to Profile Gallery > Gluten-free Glut 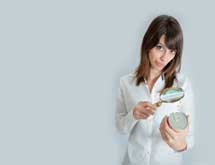 Gluten-free is becoming the latest trend in food consumption, even among those who can tolerate gluten. Almost one-third of U.S. adults reported in January that they want to cut down or be free of gluten in their diets, according to The NPD Group’s Dieting Monitor. This is the highest percentage making this claim since the NPD Group began asking that in 2009.

The NPD’s Dieting Monitor – which continually tracks on a biweekly basis the top-of-mind dieting and nutrition-related issues facing consumers – reports that in January, 30 percent of adults claimed to cut down on or avoid gluten completely. Additionally, interest in gluten-free menu items at restaurants also is growing.

In NPD’s CREST foodservice market research – which tracks daily how consumers use restaurants – consumers are asked if they ordered something off the menu that was listed as high-protein, whole grain, sugar-free or described in another way. The incidence of consumers ordering food described on the menu as gluten-free or wheat-free has grown over time and is now more than double what it was four years ago – accounting for more than 200 million restaurant visits in the past year, NPD reports.

“For as long as NPD has been tracking the eating habits of Americans, which is since 1976, they have been expressing a desire to eat healthier foods and beverages,” says Harry Balzer, chief industry analyst and author of “Eating Patterns in America.” “It’s not that we want health and wellness more, but that we are constantly changing how we address health and wellness.”

Balzer points out that as recently as 2011, it appeared that this “health” trend might have run its course. “A generation ago, health was about avoiding fat, cholesterol, sugar and sodium in our diet,” he continues. “While those desires still exist for many, they no longer are growing concerns. Today, increasingly more of us want to avoid gluten in our diet, and right now, it is nearly 30 percent of the adult population – and it’s growing. This is the health issue of the day.”

This consumer preference also is beginning to affect the restaurant industry. “The number of U.S. adults who say they are cutting down on or avoiding gluten is too large for restaurant operators to ignore,” says Bonnie Riggs, NPD restaurant industry analyst. “Restaurant operators and marketers can find opportunities to address consumer needs when it comes to their growing interest in cutting down on or avoiding gluten – like training staff to accurately answer customer questions and using symbols on menus and menu boards to highlight items that are gluten-free – as a way to extend consumer awareness and confidence in ordering.”