Back to Profile Gallery > IRCE Preview 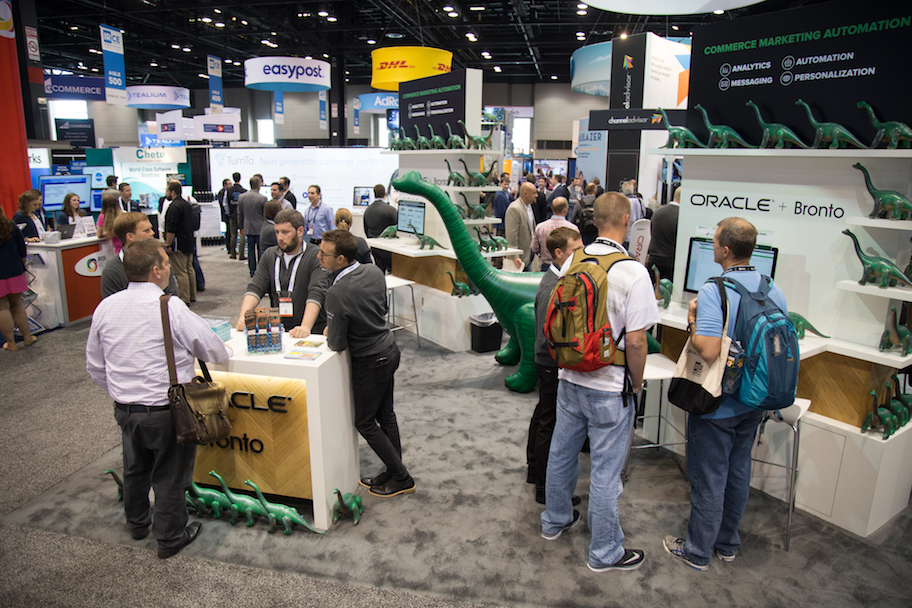 E-commerce leaders will unite to share ideas at the Internet Retail Conference & Exhibition in Chicago.

The world of e-retail is bigger than it has ever been, but it is still constantly evolving. So why not find out more about how you could take advantage of its benefits?

That’s what many will be doing this summer as they attend the Internet Retail Conference & Exhibition (IRCE) in Chicago.

According to Emerald Expositions LLC, nearly 10,000 of the top leaders, executives and marketers in e-commerce will attend the event, which will feature programming and presentations.

IRCE Vice President and Show Director David Southworth notes that this will mark the 14th year of the show, which Internet Retailer magazine founded and Emerald Expositions later purchased. IRCE will be held at McCormick Place West from June 5 to 8.

“It’s been at McCormick Place the last several years, and we’re going to be there for the foreseeable future,” he predicts, adding that the “very conference- and content-centric show” will feature 130 sessions with more than 200 speakers on various topics involving e-commerce.

IRCE will feature keynote speakers such as Dave Gilboa, the co-founder and co-CEO of Warby Parker; Mariah Chase, the CEO of Eloquii; and Alon Cohen, the president and co-founder of Houzz. Seth Godin, the author of 18 books and an influential thinker in business and marketing, is the special guest speaker.

“In addition to that, we have 16 tracks over four days and conference sessions covering a wide range,” Southworth says, explaining that the show has grouped its concurrent educational sessions into tracks with subjects that range from fulfillment to strategies for top executives.

One highlight of the show will be New Recruit Book Camp, which is geared to newer online retailers looking to give their business a boost. “The interactive workshop will provide a 101 course-level guide to the key elements of e-commerce, where you’ll need to muscle up if you want to build success,” Emerald Expositions says.

“Boot Camp will visit the basics from design to marketing to fulfillment and technology in a fun, inclusive program,” Emerald continues. “To get the most out of the day, Boot Camp calls on all recruits to pump for a busy day, engage with your instructor coaches and each other, and don’t sit back.”

IRCE also give attendees the opportunity to socialize with their industry peers. “We have structured networking events [that] are scheduled into the show,” Southworth says, noting that the events will include question-and-answer sessions.

IRCE already has plans for its event next year. In March, it announced that it was co-locating with GlobalShop, an annual event for shopper-facing retail design, technology and in-store marketing, and RFID Journal LIVE! Retail, a RFID event dedicated specifically to retail applications.

Together, the three will create a new show called RetailX, which will bring together the three distinct shows with an intersection of e-commerce, store design and innovation, Southworth says.

RetailX will be held at McCormick Place from June 25 to 28, 2019. “We’ll be able to provide solutions and education for retailers in e-commerce and brick and mortar,” he says, noting that the event will have more than 400,000 square feet of show floor.

“We’re taking over the whole south hall,” he says. “There will be 20,000 attendees and 1,200 exhibiting brands with the significant emphasis on education.”