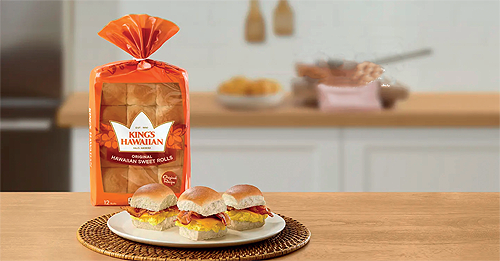 On a roll
Known for its delicious rolls, breads and loaves, King’s Hawaiian is celebrating 70 years of spreading the Aloha Spirit across the United States

In 1956, a few years after opening, Robert Taira removed the first batch of Original Hawaiian Sweet Bread from the oven of his small bakeshop. He had not only crafted a traditional island favorite, but the beginnings of a legacy. 70 years since it was launched, Robert’s bakery company, King’s Hawaiian, remains a much-loved brand across Hawaii and the mainland United States, with a focus as much on family as food.

“2020 was King’s Hawaiian’s 70th birthday and it was made especially meaningful by the fact that the company is still 100 per cent owned by the family that founded it in Hilo, Hawaii,” explains company President John Linehan. “They are very kind, 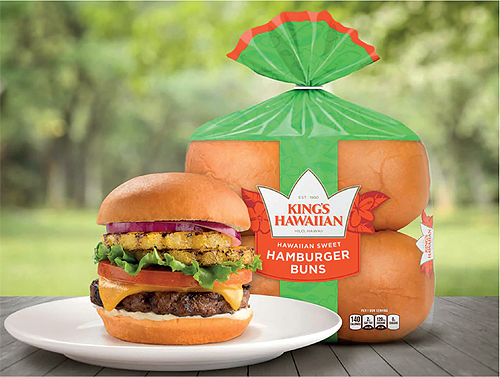 humble, caring people focused on building a company that does the right thing – a company of which they, and our Founder, Robert, can be proud.”

‘Ohana (family) has always been important at King’s Hawaiian, and this is reflected in the company’s culture. For John, honesty, respect and accountability have been some of the most instrumental values for the business in building the large, extended family that includes its workforce, customers and communities.

“You hear a lot of presidents, CEOs and senior management figures talk about their values, but they don’t actually live them out. They don’t hold themselves accountable,” John says. “We’re all humans, we all make mistakes sometimes, but I think you’ll find that, at King’s Hawaiian, if one of the leaders misbehaves then they’ll apologize. It’s all about treating people with respect and doing everything we can to develop ourselves. They are the behaviors we value and encourage everyone to adopt.”

Second only to family at King’s Hawaiian is food. The company’s wide range of Hawaiian sweet rolls, breads, cakes, buns and specialty baked items has helped it forge a large and loyal fanbase, and this following is now starting to benefit retailers. Thanks to a standout product and a marketing department that has built a strong rapport with consumers, King’s Hawaiian continues to create value for its retail clients and better experiences for customers.

“The long and short of it is that we have a product that’s different and superior. There’s nothing on the market like it,” John declares. “There are a lot of brands that call themselves Hawaiian bread or the Hawaiian roll, but they can’t compete with us in a taste test.

“The way people eat food is changing, so most retailers now offer 10 or 12 grab and go sandwiches. What we have found, from working with these retail customers to refurbish their convenience offering, is that when they take their regular sandwich varieties and put them in one of our bread products – with a sticker on the sandwich that says ‘Made with King’s Hawaiian Bread’ – the category’s total sales go up by 30 to 50 per cent. That’s how we create value. It’s not about market share stealing, but going in and showing retailers that we can help them achieve incremental sales and higher margins with little extra labor.”

Core competencies
Creating value is a central part of the King’s Hawaiian strategy, and the company’s latest efforts in this area have been fueled by investment in its sales organization. In 2016, King’s Hawaiian began increasing the capabilities of its sales team as part of a mission to build the best sales organization in the consumer packaged goods (CPG) sector. Currently in progress, development of the sales unit is expected to yield major benefits for King’s Hawaiian and its retailer partners over the next decade, including increased profits and better business relationships.

“Development of the sales organization revolves around four core competencies,” John reveals. “The first is the ability to achieve Retail Prominence, which involves in-store distinction for our products that is compatible with the look, feel and design of a store. The second competency is Flawless Execution, meaning if we agree with a retailer to put on an event or promotion, then we must execute it better than anybody else in the industry.

“Our third core competency is, as I mentioned earlier, Creating Value for everyone involved in our dealings – retailers, shareholders and consumers. Finally, the fourth competency is the Three Cs of thinking – to think critically, collaboratively and with 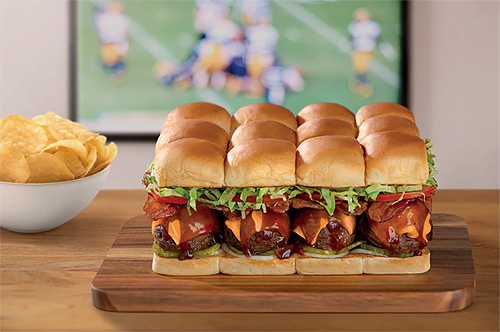 curiosity. We think that’s missing in a lot of places in the industry.”

Strategic imperatives
The lofty goals and expectations that King’s Hawaiian sets for its sales force are reflected across the whole organization and are born out of the high esteem in which the company holds its people. Such a highly skilled and dedicated workforce has been particularly important to the firm over the last twelve months as King’s Hawaiian has dealt with the challenges, and opportunities, presented by the Covid-19 pandemic.

“Covid-19 has impacted all businesses, and for food and beverage companies primarily selling to grocery stores where people buy for home consumption, growth has accelerated,” John reports. “Our people have been a vital part of that growth and I am humbled and extremely proud of how they have performed.

“In March and April, when there was so much fear and uncertainty, our employees still came in to the plant every single day and made food 24/7 to feed the US. It was an incredible response.

“Most importantly, we have had about 1500 people a day going into the plants and restaurant, yet nobody we know of has contracted Covid in our facilities. That is because our people have taken care of each other and behaved safely, not just for themselves, but for their co-workers. We’re really proud of that.”

With the worst of the pandemic behind it, King’s Hawaiian moves into 2021 with a clear vision for the long-term future of the business having recently rolled out a strategy for 2025 and 2035. Consisting of six strategic imperatives, the vision includes a focus on improving relationships with retailers and customers, as well as acquisition plans for frozen aisle products. John explains more.

“We are involved in three acquisitions at present,” he states. “One of them closed in mid-January, one of them is set to close in the next two weeks, and one of them is actually an agreement to acquire in mid-2022. One of the things these products have in common is that they are irresistible brands sold in the store’s perimeter or frozen aisles, not in the center of the store.

“There are some brands out there that, when mentioned, people say, ‘Oh, I love that brand, that’s my favorite’,” John adds. “Everything we acquire in the years ahead will be that sort of brand.”

King’s Hawaiian’s commitment to long-term future planning is a source of pride for the company’s management team and a key factor behind the firm’s longevity and success. As a private business, King’s Hawaiian remains autonomous in its decision-making processes and is therefore free to commit over 50 per cent of John’s time and resources to planning for the next five to ten years.

The trademark emphasis on a long-term approach to business is replicated in King’s Hawaiian’s dealings with retailers. Unlike many of its competitors, the company builds Foodsrelationships that last, adding value and working collaboratively to create a better future for all parties. 70 years since it all began, King’s Hawaiian’s ‘ohana keeps growing.

“Whereas most companies go into a retailer, pitch a promotion and then move on to the next one, at King’s Hawaiian we find that our most productive relationships with retail customers involve building a three- or four-year plan,” John remarks. “Sometimes we sit down with a retailer’s Senior Vice President or CEO and make a multi-year strategy for how to achieve significant business growth – often doubling or tripling the existing numbers. I don’t think we’ve ever missed delivering on one of those plans.”
www.kingshawaiian.com