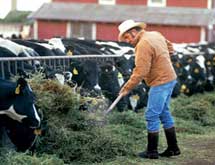 With a legacy in food and beverage, this organic and natural product exporter is growing by understanding the needs of domestic manufacturers and foreign customers. The middleman takes a lot of flack nowadays, but in some industries, cutting him out would be like cutting off your nose to spite your face. California-based Nature’s SunGrown Foods is the perfect example, serving as an important conduit between domestic food manufacturers and foreign consumer food companies.

Nature’s SunGrown sources meat and natural and organic food and beverages. Although the company was founded in 1999, its roots trace back to the 1880s. Hal Shenson, president, developed his expertise in the food industry as a member of a family that began a beef business in San Francisco in 1882. In 1968, the family entered the Japanese market after Japan allowed US beef to be exported there. The family sold its domestic beef operations in 1981 and its beef exporting business in 1998.

“Each generation has taken the business in a different direction. After I finished school in 1976, our export business had just started, and I became our export manager, learning international trade on the job,” Shenson said.

When the company started, the organic and natural food industry was just beginning to emerge, especially overseas. The company looked south of the border to buy a business exporting Mexican food primarily to Europe and subsequently began exporting foods produced in Mexico and California to Japan and Korea. Because of Shenson’s beef background, it wasn’t long before Nature’s SunGrown started exporting natural beef to East Asia. Today, it ships products around the Pacific Rim and the Americas.

Although the company started out with organic ingredients, Shenson recognized that his expertise was in selling branded products. As the meat and Mexican food businesses grew, the company was in position to export branded products by 2003. Its first big US supply partner was what is now known as Smucker Natural Foods, which owned the Santa Cruz Organic Juice and R.W. Knudsen Juice brand names.

“We started selling those to Korea, a greater part of East Asia, Australia, and New Zealand. Over the years, we added more organic brands, like Organic Valley and Tree of Life, as well as brands from small and mid-sized companies,” Shenson said.

According to Shenson, many US manufacturers don’t want to work directly with foreign companies because of cultural differences and payment concerns. Each country has different cultural nuances that must be understood as well as different requirements for documentation. And since these transactions are domestic sales for the manufacturers, they don’t have to worry about being paid.

“Eventually, we want to be able to give open credit to all our customers. That is an incentive for foreign companies to do business with us,” said Shenson.

“We understand the importance of relationships in foreign markets and have a reputation as a reliable supplier,” he added. “When we agree to do business with certain customers, we can meet their needs exactly and ensure that our supply partners will do the same.”

Nature’s SunGrown’s product offerings are widespread. The company is currently seeing heavy demand for consumer food and beverages, while growth in its organic and natural juice line is growing at a rate of approximately 15% to 20% each year. Whether the product is organic or conventional, Nature’s SunGrown looks for domestic manufacturers that are low-cost producers and have great manufacturing practices in place.

“For us, the supplying partners are just as important as the customers. They need to be equally as satisfied about the export relationship. Because I have the food manufacturing background from the meat business and have visited many food and beverage processing plants, I understand the constraints US manufacturers are under and how we can create an export opportunity that will work for them.”

Private labeling is also becoming a significant piece of the operation, making up roughly 10% to 15% of the company’s total business. As opposed to American markets, where the majority of private labels in food and beverage belong to retail companies, foreign consumer foods companies are Nature’s SunGrown’s common private label customers.

Through trade shows, Web site enhancements, and foreign and domestic search engine optimization, Nature’s SunGrown is working to enhance its brand identity. The company belongs to Organic Trade Association, which is helping to spread the word around the world on the intricacies and benefits of the organic process. Shenson also chairs a committee called Organic International Trade Council that focuses on international trade policy in Asia and deals with challenges caused by non-tariff trade barriers.

Nature’s SunGrown’s focus will always be on export operations and third-country movement, such as exporting products from Mexico or Canada to Asia. As for the future, Shenson said branded goods are the company’s preferred products because once established they will always sell fairly well. He sees opportunities outside of Asia as well.

Although the company must be prepared to deal with challenges like currency fluctuations and tariffs, Shenson said the company’s success stems from its understanding of how to deal with foreign companies. Nature’s SunGrown provides an important service to domestic manufacturers, expanding their markets while allowing them to focus on what they do best— manufacture food and beverages.

“In Japan, for example, there is no such thing as a cold call. You have to be introduced by an existing customer or someone from a trade association to be legitimized in the eyes of that potential customer,” Shenson said. “We need to understand the markets we are in, and we must continue to educate consumers and traders about the organic process so organic products become a valuable part of what they want to do as a business.”