Back to Profile Gallery > Serving Awareness 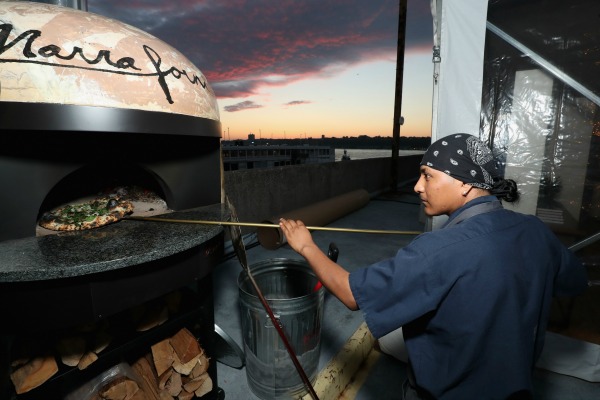 More than 50,000 people attended last year’s New York City Wine & Food Festival (NYCWFF), which serves as an interactive platform where attendees can connect with their favorite chefs and culinary personalities.

Presented by Coca-Cola, this year the festival will celebrate its 10-year anniversary and strives to continue drawing awareness and raise funds to help end hunger.

Since it’s founding, 100 percent of the festival’s proceeds have benefitted hunger-relief organizations Food Bank For New York City and No Kid Hungry. To date, NYCWFF has raised more than $10 million for its charities.

This year’s festival will be held October 12-15 at various venues across New York City, however Piers 92 and 94 serve as the festival’s culinary epicenter of activity during the weekend, hosting many of its signature events.

With more than 150 partners – including the Food Network & Cooking Channel and Southern Glazer’s Wine & Spirits – attendees will be able to sample a wide array of wines and spirits, discover new products, and taste carefully crafted dishes created by world-class talent and up-and-coming chefs. Additionally, the New York City Wine & Food Festival will have more than 300 chefs/restaurants present at 70 events that take place throughout its celebratory weekend.

One of the festival’s signature events taking place at Pier 94 on Saturday, Oct. 14 and Sunday, Oct. 15, is the Grand Tasting presented by ShopRite. The event features Samsung® Culinary Demonstrations, which showcases live demos from Food Network & Cooking Channel personalities, plus book signings and various wine, spirits and food tastings that all take place within NYCWFF’s 135,000-square-foot culinary playground.

New events that will be held at the 10-year anniversary festival include a celebration of women mixologists and chefs at Femme Fatale with Speed Rack hosted by Anne Burrell, a Family Italian Harvest Party hosted by Giada De Laurentiis and her daughter Jade, a Late-Night Sandwich Eggs-travaganza party, Isreali Brunch hosted by Michael Solomonov and Rooftop Rosé at The Top of the Standard.

“We are also hosting several family-friendly events this year,” festival Founder and Director Lee Brian Schrager says. “Expanding upon the success of last year’s introduction of the Culinary Demonstrations Only ticket at our signature Grand Tasting presented by ShopRite, this year’s line-up also features an ice cream social and Italian Harvest Party that fans of all ages can enjoy.”

The New York City Wine & Food Festival began as a one-night event called SWEET in the fall of 2007. In 2008, Schrager launched the inaugural NYCWFF, which has quickly grown to mirror its sister festival, the Food Network & Cooking Channel South Beach Wine & Food Festival, or SOBEWFF.

Ultimately, after 10 years, Lee is most proud that the New York City Wine & Food Festival has raised more than $10 million to help end hunger with Food Bank For New York City and No Kid Hungry.

“We are grateful to all of the talent, partners and fans who support NYCWFF – it takes a village, as they say, and we’re thankful for all that join us to eat, drink and end hunger,” Lee says.

As NYCWFF looks ahead, he concludes, “We want to continue celebrating great wine, food and spirits via unique events that drive awareness and raise funds to help close the gap on hunger in our country.”