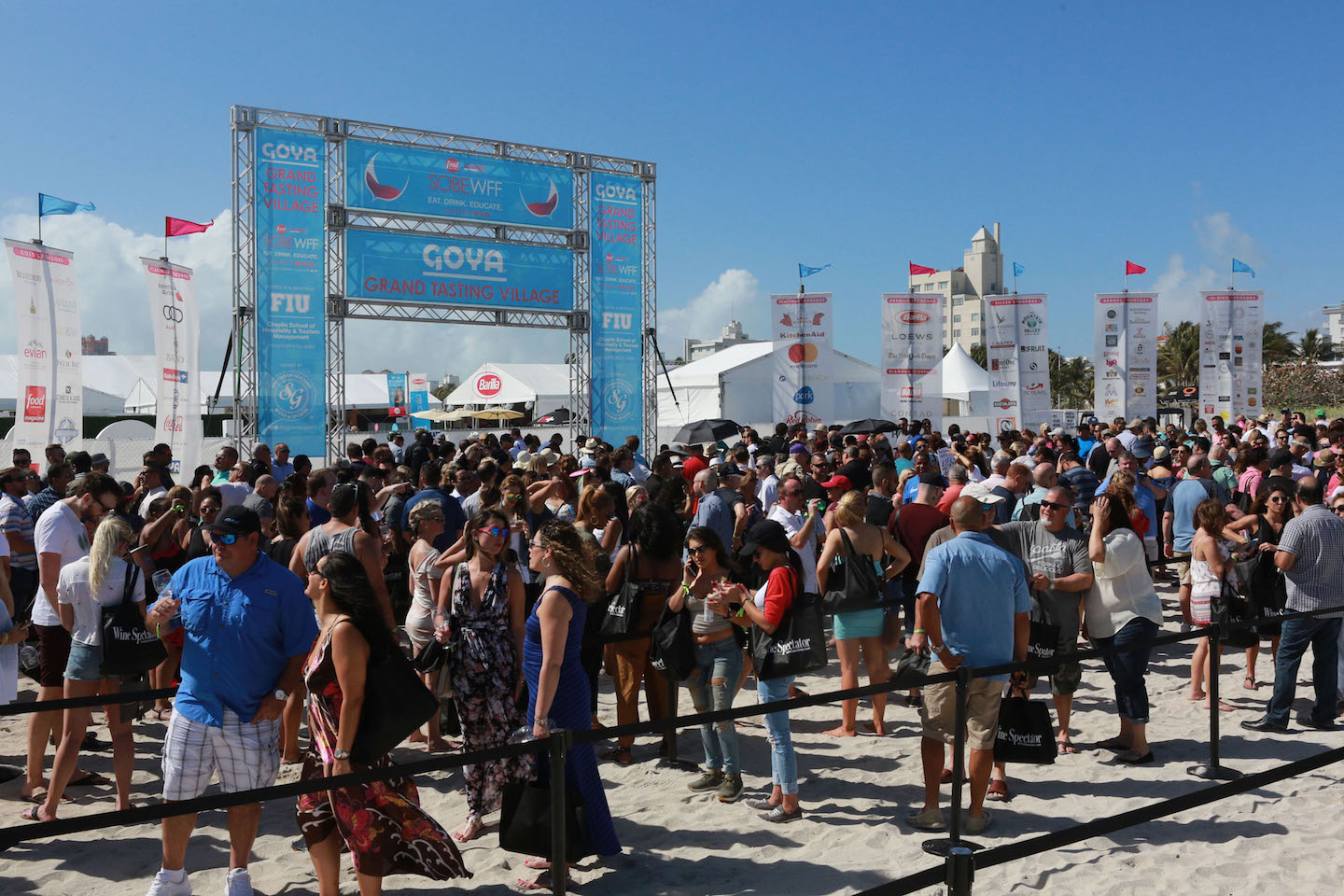 returns in February with more than 100 star-studded events.

“We are excited to unveil the 100-plus events we have planned to our passionate fans and partners,” says Lee Brian Schrager, festival founder and director and senior vice president, communications and corporate social responsibility for Southern Glazer’s Wine & Spirits. “With a variety of new offerings and the return of the specially-curated CRAVE Greater Fort Lauderdale Series, the 18th annual edition of the festival is our most robust event line up yet.”

The new events taking place during the 18th annual SOBEWFF include:

* Bites & Beats on the River hosted by Adam Richman;

* An array of new Master Class experiences covering a variety of topics.

Tickets are on sale now for SOBEWFF at https://sobewff.org/tickets. Hosted by Southern Glazer’s Wine & Spirits and Florida International University (FIU), SOBEWFF benefits FIU’s Chaplin School of Hospitality & Tourism Management and the Southern Wine & Spirits Beverage Management Center. Every year, more than 1,000 students and volunteers gain valuable real-world experience with the festival, which serves as an interactive education platform for the future leaders of the hospitality industry. To date, the festival has raised more than $28 million for the school.

Chefs and Food Network personalities Giada De Laurentiis, Alex Guarnaschelli, Katie Lee and Rachael Ray joined social justice advocate and Me Too movement creator Tarana Burke on stage at the Supper is Served kick-off even on Oct. 11. During the event, more than 2,500 attendees enjoyed fare from more than 25 of the nation’s top female chefs carving a path for future generations while Natasha Bedingfield and Martina McBride performed a selection of their most empowering hits.

NYCWFF benefits the No Kid Hungry? campaign and Food Bank for New York City with 100 percent of the festival’s net proceeds helping fight hunger. The festival has raised more than $11 million to date for the organizations. Visit https://nycwff.org to learn more about next year’s event, which will be held Oct. 10-13, and to purchase tickets.