Back to Profile Gallery > TerraCycle 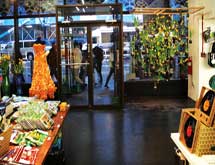 Each and every product on this earth has a life span,” said Tom Szaky, CEO and vice president of licensing and product development at TerraCycle, Inc. “The end-of-life reality of a bag of potato chips is that the food ends up in the toilet and the bag ends up in the garbage. Same with a pen; you buy a pen, the ink runs out. The only difference is, some products can be recycled easily and others not so easily.”

That’s where TerraCycle comes in. Products that are not easily recycled are no problem for this Trenton, NJ-based company, which will take juice pouches, yogurt cups, cell phones, candy wrappers, cookie packages, and cosmetic tubes and transform them into backpacks, clipboards, picture frames, play fences, pencil boxes, and placemats.

It’s all part of upcycling, the conversion of waste into products of similar or better value than those discarded. In its eight-year history, TerraCycle has diverted about 4 billion pieces of waste from landfills.

TerraCycle routinely works with such giants as Pepsi, Mars, Keebler, and Kraft Foods, as well as their subsidiaries, companies like Capri Sun; Frito-Lay, maker of Doritos; and the Wrigley Company, which manufactures gum and Starburst candy.

After they’re created, products are sold in places like Walmart, The Home Depot, Target, and Kmart. TerraCycle works with many brands that are market leaders in their categories. The companies fund TerraCycle’s national collection programs, known as Brigades, which reward individuals, schools, and other groups for collection efforts. Garbage collectors are given rewards for certain unit amounts, and for every piece of garbage collected, two cents is given to a school or charity of their choice.

TerraCycle further promotes its company through “Garbage Moguls,” an hour-long weekly show on the National Geographic channel that is going into its second season. In each episode, Szaky and his team choose a piece of trash they can make into a useful object. For each of the shows, they highlight one of the 28 waste streams from which they upcycle product.

It all adds up to big business, big names, big publicity, and big-box stores. And that’s how TerraCycle differs from many other companies. Whereas some eco-companies see big business at cross purposes with environmental efforts and adopt a church-and-state approach, TerraCycle courts major players because it believes the high-level exposure drives the business.

Szaky added that it’s a process of value to all. “So much waste is not recyclable, and our companies allow us to upcycle that waste while getting a great return on investment. We’re getting millions of dollars of funding from these companies, and they don’t do that unless we show ROI,” Szaky said.

Szaky said having customers feel better about their products is a great ROI measure, having the media write about them in a great light is another, and having hundreds of millions of pieces of garbage from their products diverted from a landfill is yet another. “This is why companies give us funding and  increase that funding year after year,” he said.

Last year, TerraCycle saw annual revenues of $15 million. It employs 75 and has locations in eight countries. This past year, it opened locations in Canada, Mexico, Brazil, Ireland, Sweden, and France. Szaky plans to move into 15 countries next year—pretty impressive for a company that started out selling worm-poop fertilizer packaged in used soda bottles.

The TerraCycle model is simple, and it works the same in every country, Szaky said. “Basically, garbage is garbage, everywhere you go.” Programs are typically run through TerraCycle’s website, where people can sign up and find out where to send garbage.

TerraCycle also does a lot of work with schools. “We started our first bottle collection with kids, and we love working with them. They are the real environmental heroes in America today. It’s not us; it’s all younger people.”

Szaky says more than 60% of all American schools are collecting garbage with TerraCycle. “It’s the kids who generate a lot of interest in our company, and that’s so phenomenal.” TerraCycle also has a college internship program.

Meanwhile, TerraCycle executives are developing products. How does one fashion a kite from a potato chip bag? First, they examine the material to see how they can manipulate it. “We can turn a chip bag into about five different materials,” said Szaky.

Once the chip bag is analyzed, TerraCycle can fuse the bags to create branded fabric, compress it into a board, palletize it into injection moldable plastic, or make it in into a plastic lumber equivalent. A new process, which TerraCycle is close to commercializing, transforms the material into a cotton equivalent, like a T-shirt.

“We create these manipulations, and we work with other manufacturing companies, namely the licensing companies, who buy the materials from us in whatever form they can best use them,” said Szaky. “We release products under the TerraCycle brand. The companies are the same as those manufacturing big products and other licensed merchandise and selling them to retail. That’s our business model, and it’s served us well.”

TerraCycle is also applying product development techniques toward merchandising. “Our merchandising displays highlight recycling,” Szaky said. “We’ll stack four feet of Capri Sun pouches next to a four-foot stack of products made from them.”

TerraCycle also has installed collection bins in retail stores that can be placed either in front of or inside the store. The stores like the bins because they bring traffic and promote the store as being eco-friendly. “We can leverage in retail really well,” said Szaky.

As always, Szaky is looking toward growth. “Our goal is to create a collection program for every type of garbage in the world, in every market in the world, where those collection programs are diverting a spectacular amount of waste, so say, 20% to 30% of non-recyclable waste, and so far, so good; it seems to be moving nicely in that direction.”