Back to Profile Gallery > Think Outside the Bottle 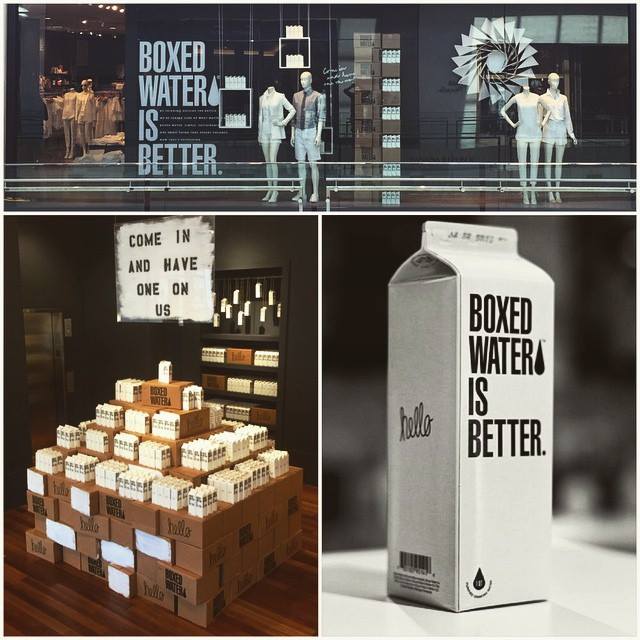 During summer music festivals, the heat is oppressive and dehydration happens easily. So much so that one might get extremely dizzy in the middle of a large crowd. Which is exactly what happened to me a few years ago at Lollapalooza in Chicago. Upon arrival to the first aid tent, I was handed not a bottle of water, but a box of water. Initially, I thought this was a bizarre way to drink water, but I learned that Boxed Water’s design has the environment in mind.

Boxed Water’s packaging is made of BPA-free material, with 76 percent being made from paper. And it’s recyclable. This can make a huge difference when only 13 percent of plastic bottles are recycled every year, according to the NRDC, while the rest end up in landfills, not decomposing for thousands of years. To get this message out, Boxed Water has teamed up with Banana Republic to reach a new audience and put its product directly in consumers’ hands. It will be featured in 11 flagship stores across the United States and Canada. The campaign will encourage Banana Republic customers to pick up a free 500 mL sample of Boxed Water while they shop.