Back to Profile Gallery > Time Marches On 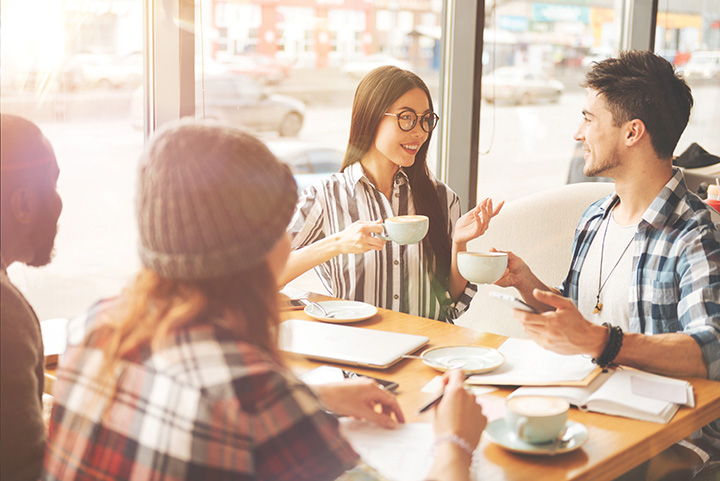 Industries are moving past the millennials and preparing to recruit generation Z. By Kellie Murphy and Ben Hutterer

When it comes to generational gaps, many human resource departments are like cashiers at a busy deli: “Next!” Many have dealt with the baby boomers, a generation that loved change, and then in the 1980s decided they were done changing. The boomers were followed by generation X, also known as the “latchkey” generation because their boomer parents often weren’t home when gen X kids returned from school. Gen X became well known for their independence and resourcefulness, being self-managing and seeking a work-life balance.

The most recent generation, the millennials, began to join the workforce around the year 2000 and through the recession. Millennials are a group that has strong communal ties and their ideologies of teamwork turned the corporate world on its head. Open cubes and campuses were introduced and companies had to adapt to this new way of life. The shift continues, as the first wave of millennials are nearing 40, with many of them partners and c-suite executives. Now is the time to begin preparing for the next generation of young adults who will be entering the workforce: generation Z.

Generation Z is expected to be more inclined to forego traditional higher education. This isn’t to suggest that Gen Z will not be educated, but they are expected to opt for a more independent alternative to finishing their degrees (e.g., online) or work-study options where they can be certified in a specific expertise while working. For many of us this may be seen as an advantage, as Gen Z may be more inclined to enter a skilled workforce and learn the ins and outs of operations as they are also completing business, science and art degrees. In many ways, this could be the generation that bridges the gap between the working class and upper management.

However, there is one problem for those looking to recruit talent: Generation Z is expected to be the most entrepreneurial generation yet. Projections from a recent study by Millennial Branding and Interships.com states that some 72 percent of high school students want to start their own business someday, with 61 percent of them expecting to start that business right out of college.

Gen Z is shaping up to be a crop of fresh, independent, entrepreneurial-spirited high school students. They appear to be willing to enter the workforce early while simultaneously earning degrees through either traditional or alternative methods, and they don’t care to work for anybody but themselves. So how, as an industry, might we put ourselves in an advantageous position to recruit the best of Generation Z?

1) Identify as “cool.” What was cool for millennials is not necessarily cool for gen Z. Millennials mostly came into the workforce around the time of the great recession and generally believed that cool companies were focused on stability and teamwork. They cared about their employees, and developed programs that created synergies among people. Gen Z is a group of individuals who identify themselves as entrepreneurs and want to make a difference. When appealing to gen Z, think about how your company would be a dream job, not just a stable job. Think about how your company can appeal to the individualist who wants to build something on their own and communicate that message.

2) Technology alone won’t impress. Many companies pride themselves on their interconnectivity. We brag to clients and customers about our cutting-edge portals and our awesome file-sharing capabilities. We gleam with pride about our latest video conferencing capabilities or the instant messaging system we use to communicate. They aren’t special. Gen Z will expect this and will roll their eyes if this is the pitch they receive during their interview process. This is a generation that grew up with Wi-Fi and on Facebook, Facetime, Twitter and Instagram, so our tech game probably won’t impress them much.

3) Appeal to their entrepreneurial spirit. With so many members of this generation wanting to be entrepreneurs – approximately three out of every four – businesses will need to figure out how to tap into that desire. This might be as simple as developing “thought groups” where they can use their creativity in a positive way. It might also be of value to push down certain responsibilities that will allow them to work independently and take ownership. Things like this will encourage creativity and recognition and create a sense of ownership and pride.

4) Be a thought leader/influencer. Ensure that your message is being broadcast to the right audience. Let that audience know what your company is trying to do, and how they are differentiating themselves. Communicate your ethical and social goals, and the difference that you are making, and make sure that you are utilizing the proper vehicles to have that message delivered.

Kellie Murphy is a senior audit manager at Mazars USA LLP, specializing in the energy industries, including oil and gas, alternative energies and power generation. Ben Hutterer is a manager with Mazars USA’s energy and utility group in New Jersey.