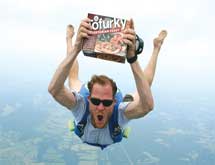 A commitment to creating better non-meat protein options eventually led this company to create a brand that is still changing the industry. For 30 years, Turtle Island Foods has been on a mission to provide better options for vegetarians and introduce others to the tasty and healthy protein alternatives of soybeans and tofu. Located in Hood River, Ore., the company began as a small start-up in 1980 making tempeh, a traditional Indonesian fermented cake made of beans and/or grains. However, it wasn’t until 1995 that Turtle Island Foods changed the vegetarian landscape forever.

The inspiration for the company came when Seth Tibbot, founder and president, started making tempeh, believing its would enter the mainstream as granola and yogurt had in the 1970s. Tempeh became a cottage industry, and the company managed to grow slowly, moving in 1992 to the 29,000-square-foot building it still calls home today (the company also rents a 24,000-square-foot warehouse in Hood River). Then, in 1995, Turtle Island Foods made a strategic decision that would change the company and the vegetarian section at the supermarket.

“That was the year we introduced Tofurky at Thanksgiving,” Tibbot said. “I had noticed that there wasn’t anything other than side dishes for vegetarians at Thanksgiving, so we created the Tofurky Roast.”

The Tofurky Roast is made from a tofu-wheat protein blend that is stuffed with wild rice and whole wheat breadcrumb stuffing. It is pre-cooked, has a turkey-like texture and flavor, and can be carved just like a turkey. The product was an instant hit, the media latched on to its catchy name, and Turtle Island Foods has sold more Tofurky Roasts every year since first launching the product. In 2009, it sold about 340,000 of them across the US and Canada and even some in England.

After the success of the Tofurky Roast, Turtle Island Foods looked for other ways to market the product in non-holiday formats. It began expanding into deli slices and sausages, making Tofurky a year-round product. The company continues to make tempeh, which Tibbot said is now one of its fastest growing lines.

“Tempeh has always been in the shadow of tofu, but now it is the fastest growing subcategory for frozen and refrigerated meat alternatives,” he said. “Overall, with Tofurky and tempeh, we are seeing good growth in the supermarket channel, which accounts for half of our sales now. We are growing at 20% a year, and our products are sold in most of the major players, such as Trader Joe’s, Whole Foods, Safeway, and Stop & Shop.”

One of the ways Turtle Island Foods has sought to boost tempeh is by tailoring the product to suit market demands. The first tempeh product the company made was its organic five-grain tempeh. What the company learned over the years was many people didn’t understand exactly how to prepare tempeh. That led to the creation of the Tempeh 2.0 marketing campaign around a new line of products.

“Tofu you can eat raw, but tempeh you’re really supposed to cook, and it is better when sliced thin and marinated,” said Tibbot. “So we created sesame garlic, coconut curry, and lemon pepper pre-marinated tempeh strips. You take them out of the bag, throw them in the frying pan, and two minutes later, you can throw them in a sandwich, stir-fry, or salad. That has been a boon, especially for people who aren’t quite as familiar with tempeh or those who are short on time.”

Clearly, the company spends a great deal of time on new product development. Tibbot said the process begins at the top with him and the marketing team looking for underserved niches in the market. Once those growth areas are targeted, the company’s chef gets to work coming up with recipes.

Acting as industry advocates is another important part of expanding the profile of the Turtle Islands Foods footprint. Much of that work is done by making its brands a bigger presence The company’s sales team works with brokers around the country in mass market and natural food channels to get the products in as many locations as possible.

On the marketing side, the Tofurky brand has become iconic with not only Thanksgiving but also the vegetarian lifestyle. Tibbot said the company tracks the media hits the brand name gets annually. Last year, the independent agency monitoring media coverage for the company estimated Tofurky got up to $7.9 million in free advertising in various media outlets.

“The secret in a lot of our marketing is the Tofurky name. It is self-effacing  and humorous, but people remember what tickles their funny bone,” Tibbot said. “After they get over the initial chuckle, people realize how good the product is. It has been a magic name for us.”

Turtle Island Foods also looks for projects that promote vegetarian foods and animal rights. In 2008, the company became the first food manufacturer to sponsor The Humane Society of the United States, partnering up on the Tofurky Tuesdays campaign, which sought consumer pledges to eat meat-free once a week. The program ended up with more than 3,000 pledges.

Plenty of recognition has come the company’s way in the last few years. In 2006, VegNews named Tofurky’s chipotle franks Best New Vegetarian Product at Natural Products Expo West. In 2008, Advertising Age named Tofurky one of the top 50 marketing brands in the US. Also in 2008, Turtle Island Foods was named one of the top 5,000 fastest growing small businesses by Inc.

The two main goals for Turtle Islands Foods in the coming years are keeping up with growth and getting placement in more supermarkets. Tibbot says once the company’s products are on the shelf, consumers respond.

“We are unique, we have a successful history behind us, and we know what we need to do to keep moving the company forward,” he concluded.