Back to Profile Gallery > UglyDolls

Creators David Horvath and Sun-Min Kim developed the UglyDolls after meeting at art school in the late 1990s. When Kim returned to South Korea, Horvath sent her a letter with the sketch of an UglyDoll character that later became known as “Wage.” 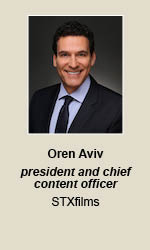 Kim made a Wage doll and sent it as a gift to Horvath, who showed it to a friend who owned a Giant Robot store in Los Angeles. When the owner wanted to order 50 of the dolls, the two began creating the brand.

One of the elements that makes the UglyDolls such an appealing property is the design of the characters. “We see that little kids love it, their parents love it and even hardened retail buyers love it,” says Stephanie Sperber, the founder and CEO of White Space Entertainment, which represents STX and UglyDolls.

Adults, she notes, can’t help but be charmed by the characters, even becoming child-like around them. “When I’ve pitched to retail buyers, people were asking me to toss them the dolls, cuddling them in the room,’” she recalls.

“These men and women were hugging these plush dolls like they were kids,” Sperber continues. “That never happens.”

The film, which will be released this May, is set in the town of Uglyville, where the weird and strange qualities of the UglyDolls are celebrated. But the character of Moxy – voiced by pop superstar Kelly Clarkson – becomes curious about life outside the city and ventures with her friends to the city of Perfection.

In Perfection, dolls are trained in protocols before being sent to the real world. But the movie reinforces the message of embracing differences, which was one of the elements that appealed to director Kelly Asbury, a veteran of animated films whose experience includes “Shrek 2,” “Gnomeo & Juliet” and “Beauty and the Beast.”

“There’s a lot of talk about diversity and inclusion and everyone stepping back and accepting each other for who they are,” he says. “What’s on the outside is not the same as what’s on the inside.”

With each project, “I always strive for the opportunity to make something meaningful as well as entertaining,” Asbury says, adding that he found himself charmed by the characters when he joined the project.

“The dolls themselves are very, very appealing and funny,” he says.

Asbury also brought with him the idea to make “UglyDolls” a musical. “I knew from experience, having worked on several animated musicals, that when you’ve got a story with a few rules, using song is a far more effective way to use exposition,” he explains.

“You can have more fun with the non-singing elements of the story and let every moment be something that an audience pays attention to,” Asbury continues.

But you need talented artists to perform that music, which “UglyDolls” has in abundance. Its cast includes Pitbull, Janelle Monáe, Nick Jonas, Blake Shelton and Clarkson herself, who responded strongly to the story, Aviv says.

“When reading the script, she said, ‘Wow, it’s like you guys wrote this character for me,’” he recalls. “That’s a very powerful statement.”

The vocal cast also features Wanda Sykes, Gabriel Iglesias and Emma Roberts, who Asbury enjoyed working with. “We couldn’t be more fortunate than this group of actors and singers,” he says. “They’re all such wonderful people.”

STXfilms’ plans for the UglyDolls do not end with the movie’s release. In addition to the film, UglyDolls products will be released in May. “We have close to 100 licensees,” Sperber says.

When STXfilms and White Space looked for partners, they wanted licensees that could build on UglyDolls’ legacy as specialty, homegrown products. Originally, when Horvath and Kim launched the brand in 2011, Sperber explains, it had no narrative around it. Kim also sewed the dolls by hand in Korea. “They grew into manufacturing this line that was always specialty and very niche,” Sperber says, noting that it originally appealed to consumers who ranged in age from their late teens to their early 30s. 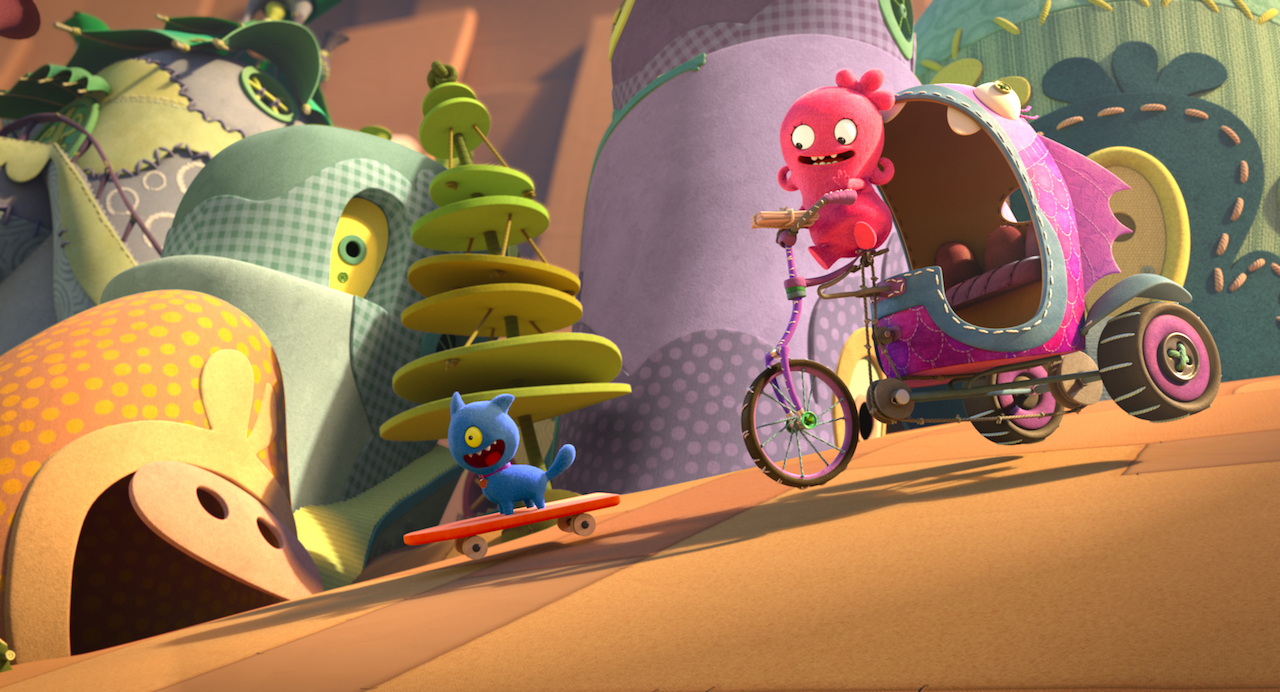 “It was a plush for grownups that started to be passed down for their kids,” she says.

One of the partners that is respecting and building on that legacy is Hasbro, the largest toy company in the world. The firm, which manufactures “Transformers” and Marvel action figures, has been signed as the UglyDolls’ master toy licensee.

Hasbro, Sperber notes, impressed STXfilms and White Space with its dedication to its global plush business and in its thematic approach to the line. “They really brought the themes of inclusivity, fun and celebration into the toys,” she says.

The dolls also represent for a way for Hasbro to branch out and show its range. “Hasbro made a big bet and felt that the UglyDolls IP would be a great, mass global way to showcase their plush capability,” she says.

“They also have a great creative take on it,” she continues, explaining that the company has taken elements from the “UglyDolls” film and worked them into the toys, including making dolls that can sing. “They’re moving the line in a really interesting way.”

The toy company also showed a passion for the brand and the message behind it. Inclusivity, individuality, authenticity and diversity were “all very meaningful to Hasbro and all of the creative and amazing executives we met with,” Aviv says.

“We thought not only from a business standpoint but a thematic standpoint they were a perfect fit,” he says, noting that STXfilms and White Space have looked for similar qualities in all of its licensees.

“The amazing thing about this property is what people are connecting to beyond those important partnership concerns,” he says. “People want to hold them in their hands and they fall in love with their unique look.

“So when we’re bringing that unique look to life, by definition there’s a dimensionality that is added to these characters,” Aviv continues. “They go from being dolls to being characters. That’s what people are connecting to, for sure.”

STXfilms and White Space also are focusing on relationships with retailers. These range from “all the biggest mass players to smaller, specialty retailers around the world,” Sperber says. “UglyDolls is seeing buy-in at levels on-par with successful sequel films and is being embraced by buyers across all categories.”

STXfilms is bringing the UglyDolls to small screens, as well. While the company anticipates the movie will be released on DVD this fall, Hulu will present an animated TV series featuring the characters in 2019. The show already has earned a two-season commitment.

“It’s an interesting thing, because we also think of Hulu as our partner,” Aviv says, adding that the streaming company liked the property’s message. “That is something that Hulu also connected with from the start.”

STXfilms’ partners on the show also include Alibaba Pictures, a unit of Alibaba Group’s entertainment arm. Together, the companies will co-produce and co-finance content from the UglyDolls universe while building long-term intellectual property.

The partnership also will include digital and print publishing, mobile and educational games, the soundtrack and music, and merchandising and licensing agreements that include toys, dolls, arts and crafts, and collectibles. “It was a ground-breaking deal,” Aviv says.

“Every category is covered,” he continues. “UglyDolls is very important to Alibaba because it allows them to build on what we all consider this beloved global IP [while] leveraging the strength of the entire Alibaba eco-system.”

Aviv is proud of STXfilms and what it has accomplished with the UglyDolls brand. “The goal was to take David and Sun-Min’s brilliant designs, and with their help, bring the brand to life in as many different platforms and retail spaces as possible,” he says.

“Being able to take it from a specialty brand to a mass brand through the artistry and emotionality and musicality of the film [is what] makes me most proud,” he says. “This is a project that started with the amazing story of David Horvath and Sun-Min Kim. We tried to honor that from day one.”

He sees a strong future ahead for STXfilms and UglyDolls. “Everything is a global, worldwide effort, and we have a very ambitious franchise plan that involves a lot of partnerships and a lot of support,” he says.

Sperber agrees that things look bright for UglyDolls. “It is one of the few true properties that is globally franchise-able,” she says, noting that she launched the “Minions” franchise at Universal Pictures. “This has the same potential – if not bigger because of the variety of the characters, colors and designs,” she says. “We’re witnessing the birth of the next global franchise phenomenon.”

Asbury says he is proud of the film as well. “I’m proudest of all the people that worked together on this, held hands and hunkered down,” he declares. “It’s extraordinary what we accomplished.”

It’s not easy to get people to place their bets on unknown properties, but White Space Entertainment CEO and founder Stephanie Sperber has done that with UglyDolls. Prior to founding her company, she helped Universal Pictures develop the “Minions” characters into a multi-billion retail program.

Now, with the “UglyDolls” movie set to be released this May 3rd, the brand is poised to be a major event in consumer products. “We took a big bet on focusing on one IP and our success in setting this up looks more like a sequel than a new IP first film,” she says. 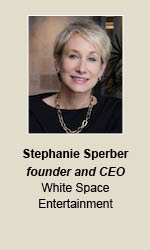 The property, Sperber says, has a large number of licensees and unprecedented buy-in from retailers. “[There is] support at massive levels from people who are typically pretty conservative about the bets they make in licensing,” she says.

But that just shows the appeal of the characters, Sperber says. “There is something unique about the property that just resonates,” she says. “There’s an interesting world with lots and lots of rich themes and deep characters.”

White Space plans to stay character focused and is currently working with Dr. Seuss Enterprises. “We’re their agency for digital gaming,” she says, noting that the characters created by the famed author have not fully made the transition to the digital world yet.

In 2017 and 2018, White Space and Seuss Enterprises partnered with Jam City to bring the Grinch character into the “Panda Pop” and “Cookie Jam” games. But the partnership is not ending there. “We’re close to announcing a significant deal for Seuss,” Sperber reports. “It’s a great client.”

The company also will stay focused on UglyDolls, as well. “What is interesting is people have seen what we’re able to do with UglyDolls,” she says. “We’re getting a lot of incoming calls and people saying, ‘Can you launch my IP?’”

While UglyDolls and Seuss Enterprises are keeping her company busy, it will stay centered on its primary goal. “The future of White Space will be to continue to focus on those IP gems that aren’t already established and build them into big business,” she declares.