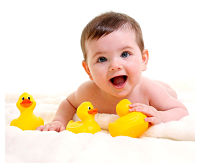 Feb. 25, 2013 – The U.S. Consumer Product Safety Commission (CPSC) has approved High-Definition X-Ray Fluorescence (HDXRF) technology for lead in substrate testing of children’s products via test method ASTM F2853-10. HDXRF technology, used to detect regulated elements, had previously been approved by the CPSC for testing of lead in paint and other surface coatings of children’s products.

This new action by the CPSC expands the use of HDXRF for third-party testing to support product certification and clears the way for its use in “production testing” under the new CPSC Testing and Certification Rule, which became effective February 8, 2013. HDXRF offers the additional benefits of taking coating and substrate measurements simultaneously and non-destructively, reducing testing time and cost. XOS, a leading provider of mission-critical materials-analysis solutions, developed the HDXRF technique.

“The CSPC’s approval of HDXRF for lead in substrate testing means that manufacturers, importers, retailers and laboratories now have a complete, precise, and reliable alternative to traditional wet chemistry,” said Satbir Nayar, XOS director of sales and marketing for consumer products.

The CPSC has been using HDXRF technology at its Rockville laboratory for more than two years to test products for lead and other elements of concern. HDXRF instruments are now in use at major product testing laboratories and by manufacturers and others around the world. This recent CPSC action will further solidify recognition of HDXRF as the market leader in next-generation XRF instrumentation.