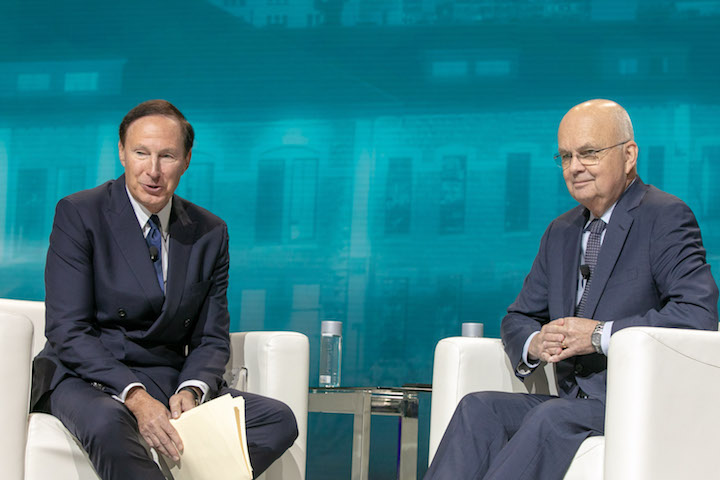 Tariffs were high on the list of concerns of the chain drug store execs attending NACDS TSE.

When chain drug store executives convened in Denver on Aug. 25-27 for the NACDS Total Store Expo (TSE), they were hoping, as usual, to catch up with their colleagues and gain new insights into industry trends. But many of them also were concerned about a simmering international dispute that, in the words of NACDS President and CEO Steven C. Anderson, “could jeopardize much of what you are doing to transform your business and this great industry.”

Anderson was referring to tariffs on foreign goods proposed by the present administration. As he noted in his remarks on Aug. 26, “Diverse products, packaging and equipment already are being affected. And more items are being added to the tariff list. There are increased freight costs, too.”

Anderson vowed to continue bringing the industry’s concerns to Washington decision-makers. “I am excited about everything you are doing to help take this amazing time of transformation and make it yours,” he told attendees. “And I am excited that NACDS has a role to play in that.”

In addition to Anderson, other key speakers at TSE included NACDS Chairman Mark Panzer, retired Gen. Michael Hayden (pictured above with Anderson) and former White House Press Secretary Josh Earnest. For more about TSE, which will be held in Boston in 2019, visit http://tse.nacds.org.