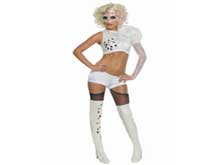 Over the last two years, Bravado International Group has more than doubled its top-line business and tripled its bottom-line results. The company started out as a small family-owned business 25 years ago, was sold to Sanctuary in 2002, and started making headway in the industry shortly thereafter. But 2007 brought with it a major change that transformed the music-related merchandiser into a one-stop shop: Universal Music Group acquired it.

Now, whether it’s merchandising, licensing, or product development for some of the world’s most popular musical artists, Bravado International can help retailers launch a complete package. “Universal took us over because it saw a lot of potential in our business,” said Tom Bennett, CEO of Bravado. “Our success with the marriage of music and merchandising is happening all over the world, not just here in the US.”

Bravado International’s evolution began with an investment in infrastructure and personnel. Building a team comprising designers, executives, and engaged employees and investing in bands and brands has given the company a chance to expand its retail network, especially in the US. From Hot Topic and JCPenney to Saks Fifth Avenue and Bloomingdale’s, Bravado International’s arsenal of retail clients has grown with the inclusion of Universal’s roster of musician clients and has translated into Bravado International’s growth.

“A lot of the groups we represent work in different retail settings,” said Bennett. “Somewhere that Kanye West works may not be where Metallica works. We touch a wide reach of retailers.”

Now the company has access to artists like Lady Gaga, Justin Bieber, the estate of Michael Jackson, and The Rolling Stones. And with the investments made to its infrastructure, the company has upped the ante on what it can offer retailers for these brands.

Although Bravado International had always done some product development, today it offers an even broader range of branded items because of the creativity of its staff. From Guns n Roses T-shirts to Beyonce booty shorts and Lady Gaga Halloween outfits, from Alicia Keys jewelry to Justin Bieber dolls, Bravado has the inhouse expertise to bring any artist’s brand to life without compromising its integrity.

“Bringing in people with various skill sets and giving our current designers more responsibility enabled us to get into more fashionable retailers and to converse with retailers in a more meaningful way rather than ‘Hey, do you want to buy some stuff?’” said Bennett.

“We can talk about far more detailed and larger opportunities for marketing with Justin because we have some leverage with the record label,” said Benneft. “We got in front of Justin and put together a program, which also includes his music.”

For this holiday season, Walmart and Bravado International developed a program for Justin Bieber that grew from a few T-shirts to one in which the mega retailer will possibly carry 500-plus SKUs for holiday. In addition, Justin Bieber will be featured in Walmart’s fourth-quarter holiday ads, and around Thanksgiving, a piece of music will be released exclusively for the retailer.

“We were able to pull it together because we’re part of a bigger group that controls all of those assets,” said Bennett. “It makes it so much easier for the retailers because they not only get the involvement of the artist, but also the record label, publishing, music, and merchandising—all in one place.”

Name recognition may get Bravado International in the door, but its collaborative approach is what’s kept it from getting pushed out. From the band/brand perspective, the company is much more interested in investment and growth and less on exploitation. “We become their partner, not just a merch company trying to make a quick buck,” said Bennett.

Bravado International recently developed an online product management system for the artists and their representatives, so they have the opportunity to approve anything before it’s released, from the artwork to the products to the campaign as a whole. In addition, the partnership with Universal expanded Bravado International’s reach beyond the US and UK into 44 other countries, and it now has offices in London, Paris, Berlin, Stockholm, Sidney, and Tokyo.

Felix Sabacious, senior VP of A&R at Bravado International, said the system gives artists a chance to see what’s happening with their brand and image around the globe. “The artists are given a certain level of comfort knowing their messaging will be consistent no matter where in the world it’s produced and sold.”

On the retail side, Bravado International makes a point to communicate on an almost daily basis, giving retailers the chance to offer feedback on a project. Bennett said that although most campaigns are consistent, for some of the larger retailers, the company respects their opinions of what will sell in their stores at certain times of year.

“We absolutely work hand in hand with retailers to make sure the offerings within their stores are timely and fashionable at that moment,” he said. “We take a lot of feedback from the retailers and the majority of our acts, and we’re very happy to get it.”

Bravado International is vertically integrated, meaning it manufactures most of the products it distributes. As a result, when it decides to bring in a manufacturing or distribution partner, it’s very selective, and it only does so when it can’t easily reproduce the product inhouse.

“He’s worked within the music space for a number of years and gets it much more so than some of the bigger companies,” said Bennett. “And he can move fast, which was critical to the success of the campaign.”

Being selective about its partners and capably handling brand management, licensing, and retail has given Bravado International significant growth in the past two years. What Bennett’s truly excited about, however, is what the company’s successful evolution means for the future.

He said the total package approach is the future of the company, and with more retail relationships developing based on this concept, there’s no reason to doubt that he’s wrong. “With the different artists we represent, we can deliver a fantastic body of rights across multiple categories,” he said. “Retailers are loving this.”