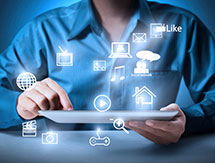 May 28, 2014 – The boom globally in online shopping combined with the explosive growth of consumer data collection and analytics is reshaping retailer practices and consumer attitudes and behavior around the world. But as consumers adapt to the new technologies associated with shopping, they are also expressing concern about these same trends. They say they value shopping as an experience and not just as a transaction, and are concerned about the expanding role of data in shaping and limiting this experience.

The new “Truth About Shopping” study explored global consumer attitudes and behavior related to all areas of shopping today, including online, mobile and in-store purchasing, views about data and privacy, and preferences about the shopping environment and experience. Conducted by McCann Truth Central, McCann Worldgroup’s consumer intelligence unit, the research is based on a survey of over 10,000 people in 11 countries (U.S., U.K., China, Brazil, Mexico, Chile, U.A.E., France, South Africa, Spain, and India) supplemented by additional qualitative research in these and other countries around the world.

“We’re seeing a variety of behavioral reactions in how shoppers around the world are responding to the growing science of shopping through the expanded use of technology and data. There are ways in which they are embracing it thoroughly and other ways in which they’re doing so warily,” said Laura Simpson, Global Director, McCann Truth Central. “Today’s challenge in the retail environment is: How do you keep the art of shopping alive in the age of algorithms? We believe that focusing on the Art of Shopping is essential to balance the science of shopping,” she said.

She noted that 52% of people said that shopping is too impersonal these days and they are concerned about the reliance on algorithms to dictate their purchases. In fact, 57% worry that they’ll discover fewer new things if companies always show them exactly what they’re looking for. But said Simpson, this also presents the sellers with new product offering and merchandising opportunities, because 66% of shoppers are looking to be inspired while they are shopping. “They want the very human and personal touch amidst a wave of algorithm-based personalization,” she said.

However, this desire for a personal touch does not mean that consumers aren’t looking to retailers to “seamlessly blend technology into the physical experience,” according to India Wooldridge, VP Deputy Director, McCann Truth Central “When we look at our data, consumers are open to an even more seamless experience in stores than we see today. They are ready for the smart store of the future,” she said. “For instance, 71% would welcome interactive walls that enable you to try on clothes without changing. However, it is important to remember that such technology cannot come at the expense of really getting to know the customer.”

She pointed out that mobile is an area where there is a particularly strong need to create more of a sensorial experience. Of consumers who have shopped on their mobiles in the past six months, 49% can see themselves shopping exclusively on their mobile in the future, she said, underscoring mobile’s important role in the future of shopping. On the other hand, mobiles are currently emerging as the new window-shopping, with 70% of consumers saying that they think that mobiles are good for browsing but not for buying. This perception is highest in Mexico and the U.S., among the countries studied. Brands that are able to tailor their mobile platforms to offer rich, inspirational content, as well as quick, on-the-go transactions, based on the consumer’s momentary requirement, will really be able to tap into mobile’s full potential.

In line with these trends, the study found consumers expressing a mixture of greater awareness, greater concern and just plain sci-fi-like interest in the future of shopping.

Aware that they’re being “watched”: The study found that 84% of people globally are aware that companies track the websites they visit to recommend products they may like. In the U.S., this awareness rose significantly from 69% in 2011 to 87% in 2014. At the same time, shoppers accept this tracking as long as they understand the trade-off: 65% of people said they were willing to share data if they could see the benefit to them. Again, this has been increasing. In the U.S., 61% of consumers said they would be willing to share data if they understood the benefit to them, compared with 45% in 2011.

Privacy concerns: The over-reliance on the science of shopping does worry the majority of consumers. Overall around the world, 71% worry about the amount of information that online stores know about them. This concern is lowest in the U.S. (58%) among the countries studied. However, because things are changing at such a rapid pace and people are focused on the technological benefits, there are some contradictory attitudes that emerge with regard to privacy. For example, 59% of people around the world would be open to a store that is able to recognize you when you walk through the door.

New shopping etiquette: Additionally, a lot of personal behavior is already changing because of the new world of shopping experience. Shopping at midnight and even mid-dinner, have become acceptable. 39% of people globally say that being able to shop in the middle of the night is the biggest emotional benefit of online shopping. And a quarter of people globally believe it is acceptable to excuse yourself from a meeting or dinner in order to go log on to an online flash sale. So much for an old-fashioned view of manners.