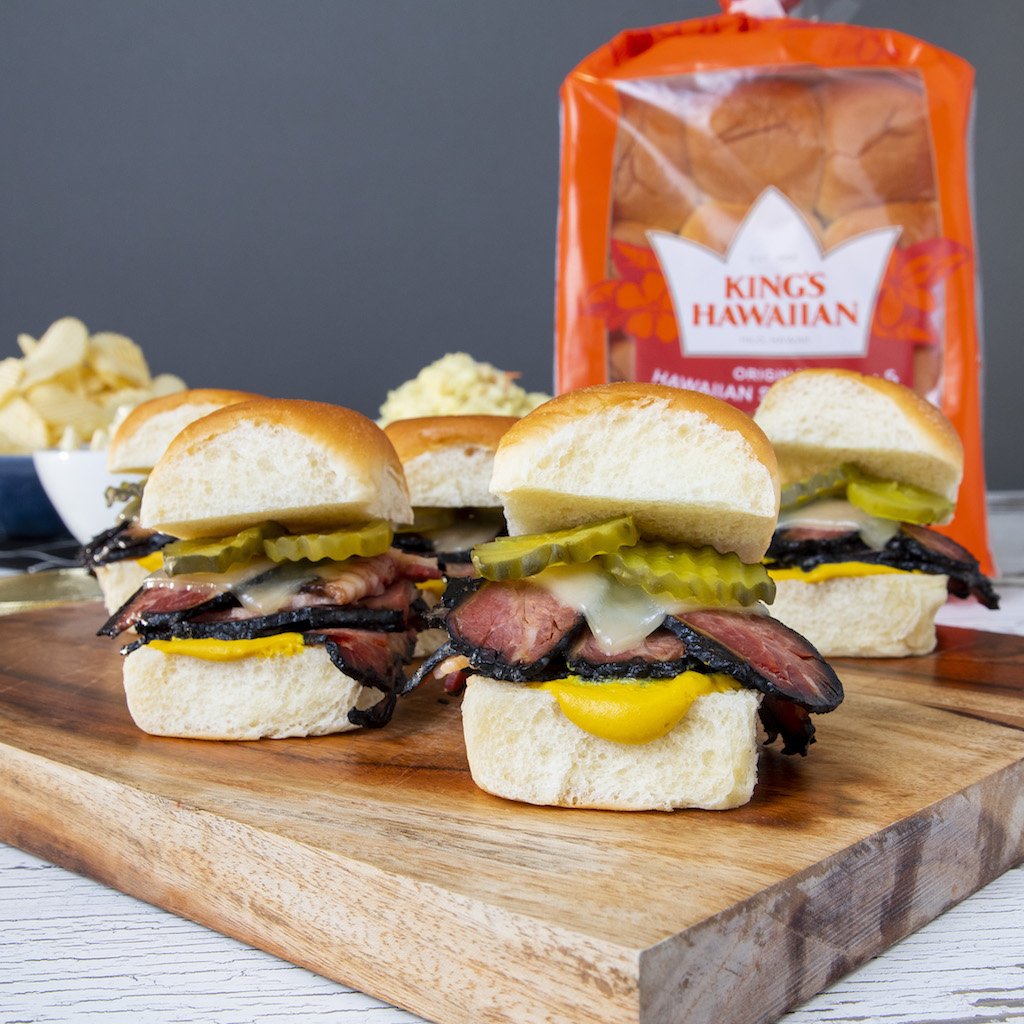 King’s Hawaiian is determined to make strategic product decisions based on data.

While King’s Hawaiian is best known for its sweet Hawaiian bread, it doesn’t think of itself that way. “We have positioned ourselves as a Hawaiian foods company,” says John Linehan, president, chief strategy officer and chief planning officer. “We’re sold in the deli or bakery, not in the commercial bread aisle. Our competition is less other breads and more special foods mom brings home.”

That positioning appears to be working. Over the past dozen years, the company has seen an eightfold increase in sales. It is even more impressive when you consider that U.S. bread sales per capita have been declining for more than 20 years and the grocery business has been flat or declining on a per capita basis. 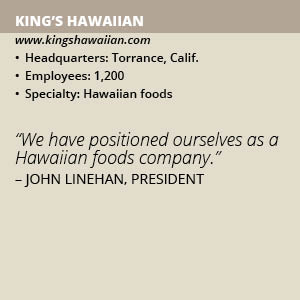 King’s Hawaiian is testing several new items in the last 18 months including butter spreads, Hawaiian bars and jellies. But it has introduced those items differently. “Instead of putting it in front of 100 people [in outsourced product testing], we are putting it in front of 100,000 people,” Linehan says. “With our e-commerce platform, we are asking, ‘Would you buy it?’ We can see what people do. Then we can make data-based decisions rather than biased decisions.”

King’s Hawaiian is not focused on the short term when it comes to the groceries that distribute its products. “Mostly it’s about this quarter or next quarter with most manufacturers and most retailers,” Linehan says. “Its not about creating value. We try to have a multiyear plan with very specific goals. One goal might be to increase the number of King’s Hawaiian consumers that walk though your doors and buy from your store.”

Linehan joined King’s Hawaiian in 2005. At that time the company saw most sales take place from Thanksgiving to Christmas, with a bump at Easter. Since then, the company has gained buyers of its products, particularly its sweet Hawaiian bread for the Super Bowl, July 4, back-to-school, March madness, Memorial Day and Hawaiian Foods week. “Each one that is not Thanksgiving, Christmas or Easter is getting bigger each year,” Linehan says.

Besides conducting e-commerce on its website, King’s Hawaiian is in the process of creating a forecasting model using artificial intelligence. “There are so many attributes to consider that the human mind can’t handle them,” Linehan says. “Weather, for example. If we have a hurricane in Florida, more King’s Hawaiian gets purchased.”

The idea is to make decisions based on relevant data as much as possible.

Linehan compares it to a bank considering loan requests. “The bank goes down a checklist,” he explains. “If the applicant has less than blank in the bank, they are out. If they don’t have a job, they are out. Artificial intelligence can help you identify that a lot of people who are unemployed are not a risk – they might be taking a sabbatical or maybe they have money in the bank. If you figure out how to better forecast who are the best loan applicants, you gain more business.”

Likewise, the company is working to optimize its recruiting efforts with the help of data. King’s Hawaiian has about 1,200 employees between its locations in California and Georgia and is continuing to grow, Linehan says. While turnover is relatively low, it is still a challenge finding employees to work on the production floor.

“The company has about 20 ways to get resumes,” Linehan says. “For each of these ways, there is a conversion rate of resume to interview. For one way, we have to get 50 resumes to get one interview. From another source, half the resumes turn into interviews.”

The company is analyzing those sources with the aim of “magnifying” the methods that result in the most interviews, Linehan says.

Interestingly, King’s Hawaiian takes a contrarian approach to social media. “Social media is throwing stuff at the wall unless you truly understand who you are trying to reach and what media to use,” Linehan says. “Maybe two years ago, we started to realize we are not getting our money’s worth from social media.”

Most companies hire social media experts to promote their products or services, Linehan says, but the typical company executives don’t understand social media well enough to be able to judge its success. “You have to do your homework,” he says.

King’s Hawaiian is shifting away from awareness building and toward a more action-based marketing strategy. “About 80 percent of consumers know this brand and about 30 percent consume it,” Linehan says. “We can’t answer from a data point of view why, although we will be able to in a year or a little more with artificial intelligence. We have a pretty standard understanding of consumers and we need to put that on steroids.”

A related marketing aim of King’s Hawaiian is to “target a relevant and compelling message to each consumer,” Linehan says. “It’s a very data-driven process.”