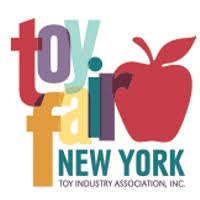 The top five countries represented at the show, not including the U.S. and Canada, were China, the United Kingdom, Hong Kong, Mexico, and Japan.

The global toy and play community descended upon New York City last week for The Toy Association’s 115th North American International Toy Fair. In all, 26,236 professionals attended the largest toy show in the Western Hemisphere, where they got a sneak peek at hundreds of thousands of cutting-edge toys and games shown across 442,700 net square feet of exhibit space – the equivalent of about seven football fields filled with toys. The show was held Saturday, Feb. 17 to Tuesday, Feb. 20 at the Jacob K. Javits Convention Center.

Eager to see the latest trends and most inspiring new toys, games, and youth entertainment products for spring, summer, and holiday ’18, just over 11,000 retailers, wholesalers, entertainment executives, importers, and buying groups from 97 countries attended Toy Fair. The show drew an increase in international trade guests (+26%), as well as large delegations of attendees from outside the U.S., including 3,802 international visitors, of which 1,589 were global buyers. The top five countries represented at the show, not including the U.S. and Canada, were China, the United Kingdom, Hong Kong, Mexico, and Japan.

The vast range of attendees eagerly explored every square inch of the convention center, which was teeming with brand-new toys and games, including collectibles, plush, dolls, action figures, nostalgic and retro playthings, innovative tech toys, family board games, outdoor toys, licensed playthings, and everything in between. Participants also enjoyed a range of practical educational sessions that provided insight into global safety standards, toy trends, licensing, specialty retail, entrepreneurship, and much more.

“New York Toy Fair 2018 was a business and media buzz success,” said Steve Pasierb, president & CEO of The Toy Association, in a release. “The booths and aisles were packed with highly-qualified toy buyers, licensors, investors, inventors, and media from around the world, generating feedback that was overwhelmingly positive. Toy Fair delivered all the energy, creativity, and innovation of the global toy industry and solidified its role as a critical gateway to the $27 billion U.S. toy market and both thriving and developing toy markets around the world. From order-writing and networking, to trend-spotting and professional development opportunities, our guests were busy from the second Toy Fair opened right up until closing day.”

The global toy industry will come together once again next year at the 116th North American International Toy Fair, taking place Feb. 16 to 19, 2019 at the Jacob K. Javits Convention Center. Save the date for The Toy Association’s long-lead fall marketplace, Fall Toy Preview, taking place Oct. 2 to 4, 2018 in Dallas, TX.