Back to Profile Gallery > Bouquet of Fruits 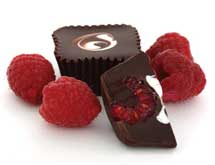 This company doubled in size last year by utilizing both its natural and technological resources. “When you turn an hourglass, there’s a lot of sand at the top, and there’s a lot of space at the bottom to be filled,” Paul said. “But the sand moves very slowly through the pinched middle. Similarly, we manufactured a lot of food products, and there were a lot of consumers ready to buy them, but accessibility limited the exchange.”

To make fresh products readily available to consumers across the US, Paul founded Bouquet of Fruits, a manufacturer and supplier of gifts containing fresh fruit, nuts, dried fruits, cheese, wine, and chocolate. Located deep in the heart of California’s San Joaquin Valley, the organization is a business that relies heavily upon the natural resources that support it.

“The San Joaquin Valley is one of the world’s largest suppliers of fresh produce,” Paul said. “Geographically, this region makes up approximately one-third of the state, but economically, it’s the largest contributor. I wanted to create a marketing model that gave consumers direct access to the products we manufacture and grow.”

But Paul’s story isn’t one of overnight success. Instead of seeking out financers eager to invest in the company, Paul developed a business model on his own and put it into motion. Using the knowledge he possessed from years of growing, packing, and shipping fresh fruit, he began operations on a small scale.

Paul sought out virtual retailers like 1-800-Flowers and in-store retailers such as Costco. “The key to the business’ success in the beginning is the same as it is today,” he said. “I worked hard, and I built a trustworthy reputation by delivering what I promised.”

Once again, the location of his business proved to be an advantage. “Because we’re in California, we have the ability to promote a service that is unavailable in many other states,” Paul said. “There are a lot of legal restrictions involved with the shipment of fruit from state to state. California is one of the only states allowed to ship fruit to any of the other 49 states.”

In 2008, Bouquet of Fruits managed to double in size despite the dwindling economy the latter half of the year presented. “In any business, how well you succeed is dependent on how well you adjust,” Paul said. “Last year, we developed new products, took advantage of marketing opportunities, and began to focus on an Internet-based method of drop shipment.”

Paul refers to the Internet as the nucleus of Bouquet of Fruits’ operations. Although the company is located in Fresno, Calif., it ships to consumers, businesses, and retailers across the US. To increase the accessibility of its products, the organization will soon launch a new Web site that allows consumers direct access to products.

The site, called Gourmet Shopping Network, will also act as a host for other suppliers. “It will be a place where consumers can purchase goods from top-quality brands directly from the manufacturer,” Paul said.

“Some of the suppliers we work with don’t have an online presence because it’s a portal they don’t want to deal with,” he continued. “Gourmet Shopping Network will allow them to grow their business without worrying about the technological aspects.”

In connection with the Web site, Paul and his team developed an online business model that will allow small, family-owned retailers to network with suppliers. Retailers who join the network will have access to products at wholesale prices, which they can then sell through their own Web sites.

When one of the retailers makes a sale, Paul and his team ship the gift directly from their California office to the consumer. As a result, the retailer doesn’t have to keep track of any inventory.

“We believe this will be attractive to small retailers because it provides them with access to a wide customer base,” Paul said. “It also allows them to earn money without touching inventory. Until now, we’ve only used this business model with larger clients like Macy’s.”

The drop ship section of Gourmet Shopping Network is set to launch later this month, and although many business owners are slowing down operations because of the economy, Paul is eager to watch his business grow in 2009.

“As Bouquet of Fruits continues to develop, we see that our growth is tied to the Internet,” he said. “We can create a co-op of suppliers that rely on us to network them to consumers. Our revenues doubled last year compared to 2007, and although I don’t expect that type of growth in 2009, we will continue to expand the business.”

Although his family has five generations of experience in the agricultural business, Paul is aware he’s not solely responsible for the company’s success. “I’m only as good as the people I surround myself with,” he said. “Ultimately, it’s the employees who make or break a company.

“I’m responsible for putting people in the right position, but then I take a step back,” he continued. “I conduct the orchestra. I know every instrument, but I can’t play them all, so I allow those who know how to play them to create the music.”