Skip to content
You are here:Home » A watchful eye
Stores Features 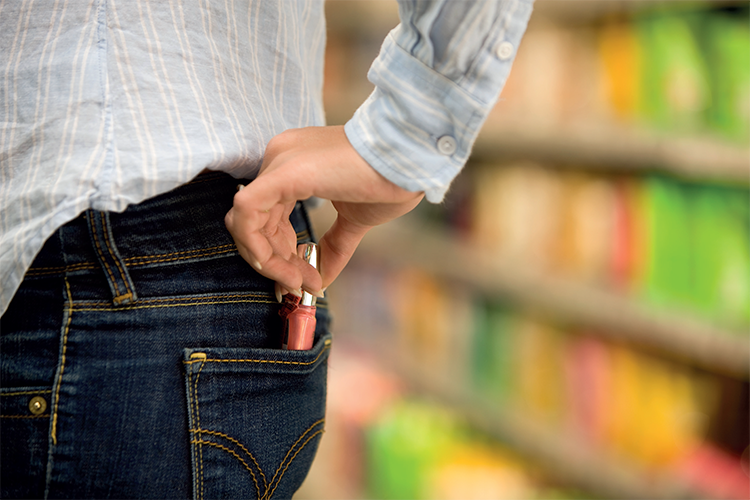 A new in-depth report, released by Video Surveillance provider Ava, has revealed a whole host of benefits linked to the upscaled use of CCTV and video security systems in the US retail sector.

The report assessed how effective enhanced non-human surveillance methods had been in shops around North America (as well as Sweden, Norway and the UK) since the global outbreak of the Covid-19 pandemic. Its findings revealed an overwhelming link between increased video surveillance and CCTV systems in the 111 locations assessed and significant loss prevention gains.

According to the 15-page report, which was released this summer, video surveillance systems were shown to either ‘reduce’, ‘significantly reduce’ or ‘completely resolve’ a number of retail-specific crimes, from shoplifting through to fraudulent slip and fall claims.

Shoplifting
Theft is one of the biggest causes of loss in the US retail sector, with one 2020 report finding that shoplifters cost the industry up to $62 billion per year – a loss retailers refer to as ‘shrink’ when combined with losses associated with fraudulent claims.

Social distancing restrictions linked to the pandemic have resulted in many physical security guard services being made temporarily impossible and, as such, more and more retail decision-makers have chosen to install CCTV to monitor shop floors and spot shoplifters.

The implementation of video surveillance technologies can work to stop shoplifting on several levels. First, visible cameras can act as a visual deterrent, preventing opportunistic shoplifters from attempting to steal any goods in the first place. Secondly, CCTV surveillance rooms can be utilized to help security staff monitor different areas of the shop floor more effectively, so they can spot instances of theft and respond quickly, in order to stop shoplifters from leaving stores with items. This massively reduces losses, as stolen items are more frequently recovered by staff and returned to shelves. Finally, if surveillance technologies allow for recording and replays, they can be used as evidence within prosecution proceedings. If successful, retailers can use them to convict shoplifters and receive fines to help cover the costs of the goods stolen.

Overall the report showed a clear positive correlation between the use of CCTV and the reduction of shoplifting cases in US stores, as well as a reduction in theft-related shrinkages across the board.

According to AVA’s findings, exactly half of all retail decision-makers reported that using in-store CCTV systems had ‘significantly reduced’ losses from fraudulent insurance claims, while 13 percent stated that these systems had ‘completely eliminated’ losses.

In these instances, video security systems work in multiple ways. Firstly – in the same way as with opportunistic shoplifters – they act as a deterrent for those looking to set up a fraudulent fall. This avoids a claim being made entirely. Secondly, using video surveillance which allows for recording and replays also gives retailers the chance to disprove fraudulent claims; if video footage reveals the claimant has lied or constructed the incident it can be used as evidence to dissipate their case and prevent payouts.

Vandalism
Equally, losses linked to vandalism were also shown to be significantly reduced by the implementation of CCTV in stores. Almost half (46 percent) of retailers reported ‘major reductions’ in property damage and vandalism.

Equally, one in six of 111 retailers also said that incidents of vandalism had been ‘completely eliminated’ because they had implemented video security systems.

Vandalism continues to cause issues for retailers; according to the U.S. Small Business Administration, one single incident of vandalism can cost retailers an average $3,370. What’s more, with prosecution and loss return rates much lower in cases of vandalism, customers are usually the ones who cover the costs for vandals, as retailers are forced to account for damage losses by raising the prices of their goods.

Social distancing and Covid-19 regulations
The global retail sector has been turning to video analytic and surveillance technologies as a means of both reducing the risk of Covid-19 transmission and keeping crime rates lower as they reopen for customers and, overall, it has been highly successful.

In total, 87 percent of retail sector decision-makers questioned by AVA saw a clear role for their video monitoring systems in supporting safe re-opening of their doors to both customers and staff. Just less than half of this group (48 percent) said that they had already put existing video monitoring systems to work to help reinforce social distancing measures and a further 39 percent planned to increase or update their equipment in the next 12 months.